HOUSTON, July 12 (Xinhua) -- Local residents are prepared as Tropical storm Barry is forecast to make landfall Saturday morning along the central Louisiana coast as a hurricane.

According to U.S. National Hurricane Center, Barry is expected to strengthen to be Category 1 hurricane before reaching the south-central coast of the U.S. state of Louisiana, and can bring a dangerous storm surge and heavy rains across the north-central Gulf Coast.

Government officials and residents braced for impact from this year's first tropical system that will make landfall in the United States.

Louisiana has declared a state of emergency in advance of Barry's arrival as residents and crews work to brace the state for impact.

However, in New Orleans, a Louisiana city on the Mississippi River and near the Gulf of Mexico, neither mandatory nor voluntary evacuations have been ordered and the city's mayor Latoya Cantrell advised residents to take shelter.

If Barry maintains the track it's currently on, the storm could make landfall on Marsh Island, Louisiana, in Vermilion Bay, about 160 km west of New Orleans.

At a press conference on Friday, Governor of Louisiana John Bel Edwards vowed the state was ready for impact and levees in New Orleans should withstand the floodwaters.

The governor also issued a warning in a post on Twitter: "This is going to be a significant weather event, and if you haven't already done so, the time to prepare is NOW."

Meanwhile, voluntary evacuations have been issued across New Orleans for areas that are not protected by the levees. 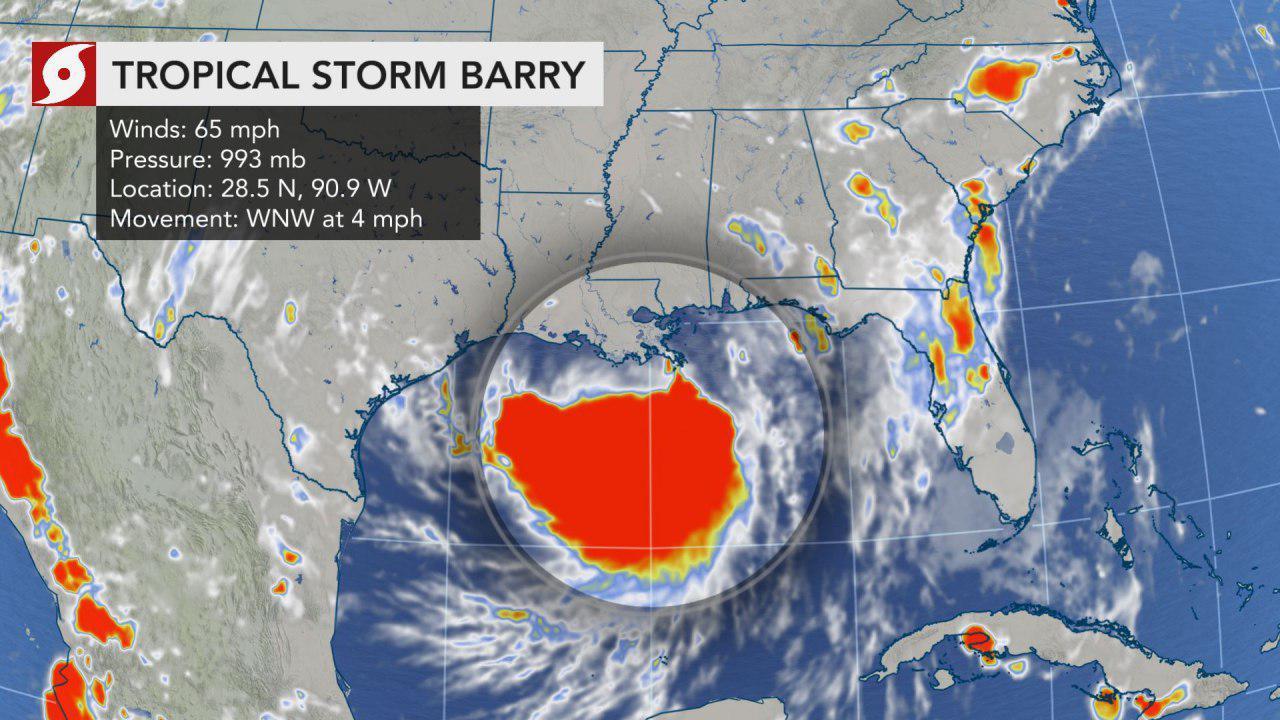