The two jets landed in the Nevatim Air Base in southern Israel, joining the country's growing F-35 aircraft array.

The new F-35 jets, or "Adir" ("mighty" in Hebrew) as they are locally called, arrived after departing from an airport of their manufacturer, Lockheed Martin, in Texas.

The Israeli military issued a statement saying the jets "add another layer to the operational and strategic capabilities of the Israeli Air Force."

The military said the jets were purchased to ensure the Israeli Air Force's "aerial superiority in all its missions, primarily the defense and security of the State of Israel and its airspace."

"The continued acquisition of the F-35 aircraft is another expression of the long-term military cooperation between Israel and the United States," the statement read, stressing that the Israeli Air Force was the first in the world, outside of the United States, to operate the F-35.

In June, the F-35 aircraft participated in the "Tri-Lightning" military exercise, led by the United States, with the participation of the British Air Force.

The F-35 is the newest and most advanced U.S. fighter jet. Its features include advanced stealth capabilities that allow the pilot to avoid being discovered by regular radars. It can carry an array of bombs and fly at a supersonic speed of Mach 1.6 (about 1,230 miles per hour.)

However, the jet has been criticized in the U.S. Congress over its costs and alleged engineering flaws. 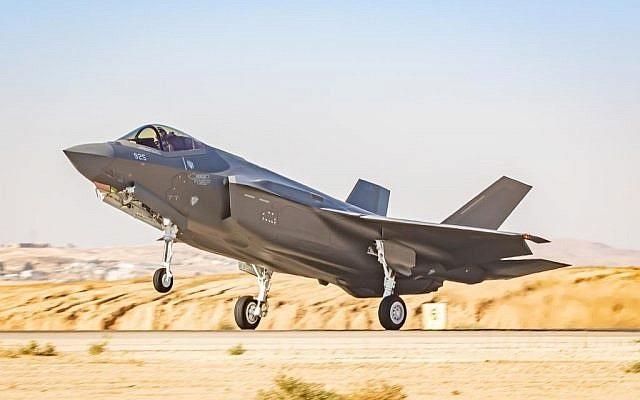