CNBC reported that Trump's intention might have arisen from the U.S. Supreme Court's recent refusal to add a citizenship question to the 2020 census, citing multiple presidential advisers and other officials. The Census Bureau is within the Commerce Department.

"Trump has been making calls to allies outside the White House musing about replacing Ross," the CNBC report said.

CNBC noted that Ross will possibly be fired as soon as this summer, but that there has been no indication that Trump has directly contacted potential candidates to succeed Ross.

A potential replacement for Ross, according to CNBC, is Ray Washburne, former President and CEO of the Overseas Private Investment Corporation, which facilitates U.S. businesses' investments in emerging markets.

The Supreme Court last month voted 5-4 to bar the administration from including a citizenship question on the 2020 census, leaving Trump to concede defeat in a press briefing Thursday.

Instead, Trump signed an executive order directing federal agencies to share information with the Commerce Department to collect citizenship-related information. 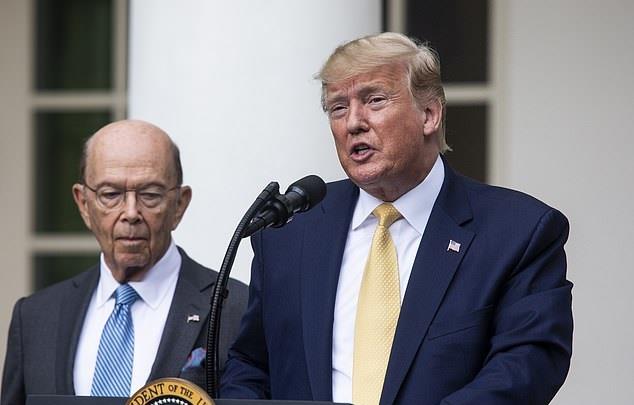