Floods, Landslides Kill over 130 People in Nepal, India and Bangladesh

NEPAL, July 16 (CGNT) -- More than 1០0 people were killed and tens of thousands were displaced as storms and floods ripped through areas of Nepal, Bangladesh and India.

Nepal has the highest death toll, with at least 69 dead and 31 people missing. Search and rescue efforts were underway, with 2,500 people rescued, according to Nepal's Ministry of Home Affairs on Monday.

Television channels showed roofs of houses submerged in floodwaters in the southern plains and people wading through chest-deep water with belongings on their heads.

In Nepal, more than 16,000 people have been displaced from their homes as incessant monsoon rains pounded many areas, submerging large swathes of land, inundating homes, and destroying bridges and roads across the country.

India's northeastern state of Assam and Bihar were also hard hit by the floods brought by the monsoon, with more than 1.7 million people displaced and at least 10 dead in Assam. In Bihar, almost two million people were displaced.

In Bangladesh, in the past week, the rains claimed 29 lives, including 18 from lightning strikes and seven from drowning when their boat sank in the Bay of Bengal. About 500,000 people were displaced as 200 villages have been flooded.

The monsoon rains began on Thursday, and it's still pouring, with some western areas in Nepal expected to receive up to 250 millimeters in the next 48 hours, said the Nepal Department of Hydrology and Meteorology. Nepal Red Cross spokesman Dibya Raj Poudel said the displaced had been sheltered in schools and other public buildings.

The monsoon rains bring disasters in Nepal, India and Bangladesh from time to time, although it also brings relief to drought-hit regions.

In 2017, a month of severe monsoon rains resulted in at least 1,200 deaths across India, Nepal, Pakistan, and Bangladesh, and 41 million people have been affected by flooding and landslides due to the monsoon across the region. 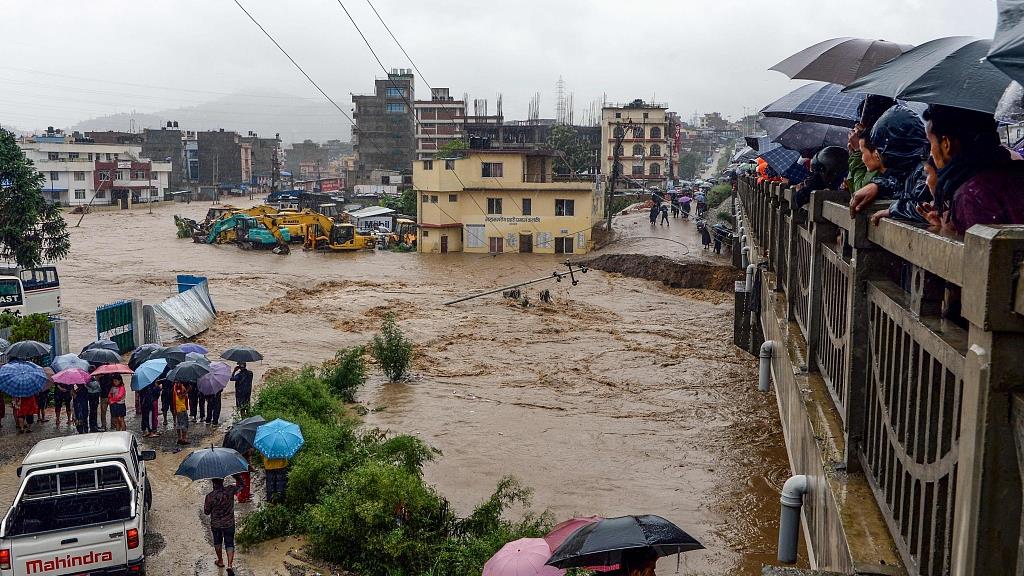 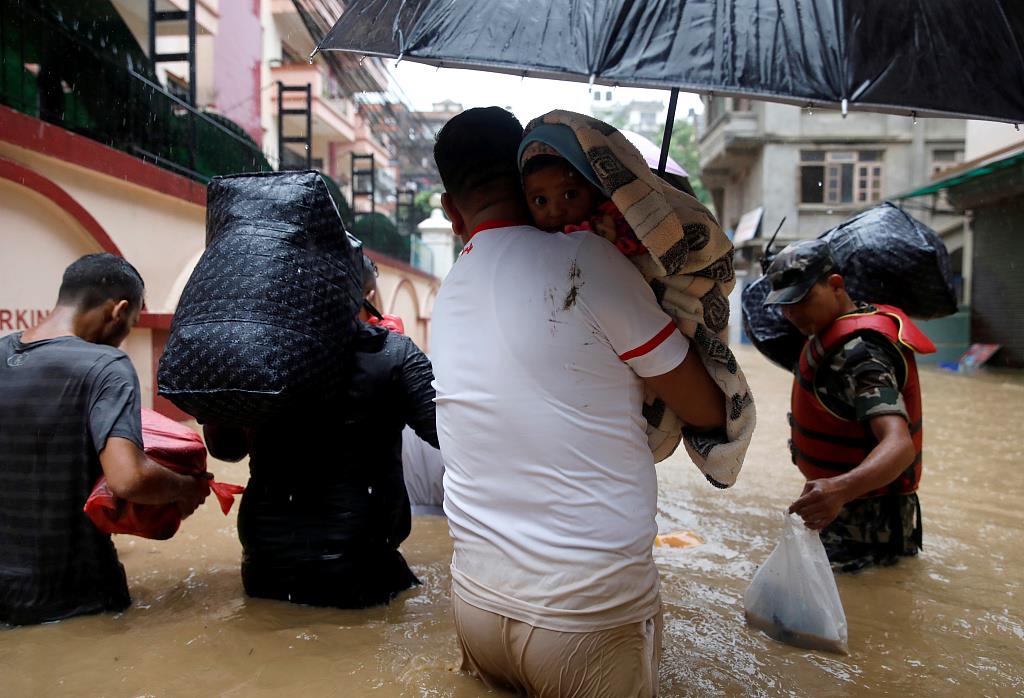