Ricardo Rossello Steps Down as Puerto Rico Governor, Says Successor to be Sworn in

WASHINGTON, Aug. 2 (Xinhua) -- Embattled Puerto Rico Governor Ricardo Rossello officially stepped down on Friday, saying in a statement that the island's Secretary of State Pedro Pierluisi would be sworn in as the next governor.

Pierluisi was sworn in as Puerto Rico's secretary of state earlier this week, making him next in line of succession, though he has not been confirmed by the island's Senate.

Puerto Rico's House of Representatives approved his confirmation on Friday, but the upper chamber won't hold a vote until next week.

Rossello announced late last month that he had selected Pierluisi to be the island's secretary of state, paving the way for the attorney to replace him to be the governor.

Rossello, 40, is now the first governor to step down in the modern history of Puerto Rico, a territory with 3.2 million U.S. citizens, which is still reeling from the catastrophic Hurricane Maria two years ago.

Protests broke out in the Caribbean island last month after the leak of hundreds of pages of text messages in which Rossello and other male administration members made vulgar, sexist and inappropriate comments.

Rossello has also been under scrutiny since contractors and government officials of the island were arrested on corruption charges earlier this year. 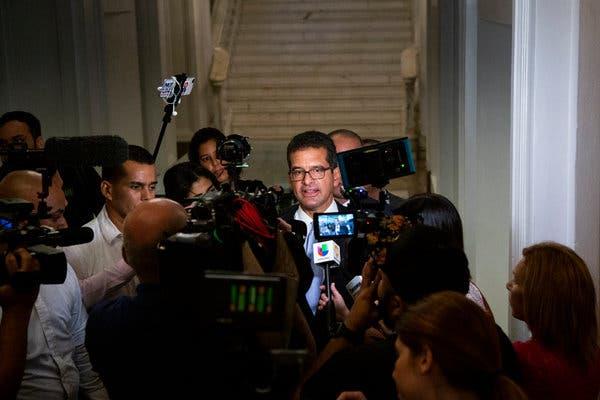