SEOUL, Aug. 5 (Xinhua) -- South Korea's defense ministry said Monday that the country made no discussion, review or plan on the deployment of the U.S. mid-range missiles on its soil.

"(South Korea) made no official discussion with the U.S. side about the introduction of intermediate-range missiles, nor did it review internally or plan to do so," Defense Ministry spokesperson Choi Hyun-soo told a press briefing.

Choi said there has been no change in the South Korean government's basic stance on the denuclearization of the Korean Peninsula.

The comments came after U.S. Secretary of Defense Mark Esper indicated the deployment of U.S. mid-range missiles in Asia during his trip to Australia over the weekend.

The United States formally pulled out of the Cold War-era Intermediate-Range Nuclear Forces (INF) treaty last week with Russia, allowing it to develop, test and deploy such missiles around the world.

Whether the deployment issue would be discussed during the meeting in Seoul on Friday between Esper and South Korean Defense Minister Jeong Kyeong-doo, the Seoul ministry spokesperson said she was told that the issue was not among the dialogue agenda. 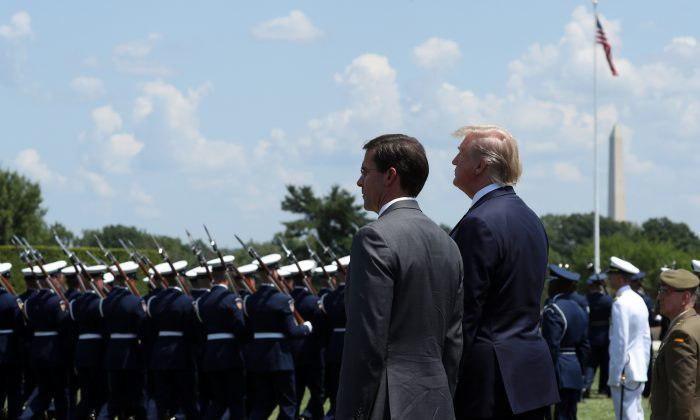