The 12 victims included seven from northern Thanh Hoa province, and one in each of five other northern localities namely Bac Kan, Dien Bien, Lao Cai, Son La and Phu Tho, and the nine people listed as missing by Tuesday night are from Thanh Hoa and Dien Bien.

Wipha made landfall in northern Quang Ninh province on Aug. 2 and then weakened to a tropical depression, causing heavy rain, whirlwinds, landslides and floods in the northern region.

In the first seven months of this year, natural disasters in Vietnam left 34 people dead or missing, destroyed 156 houses, damaged over 3,000 other houses and 3,700 hectares of rice and other crops, causing economic losses of 239 billion Vietnamese dong (10.4 million U.S. dollars), said the country's General Statistics Office.

Vietnam is one of the countries most affected by natural disasters and climate change, according to the United Nations Development Program. It faces six or seven typhoons every year on average. 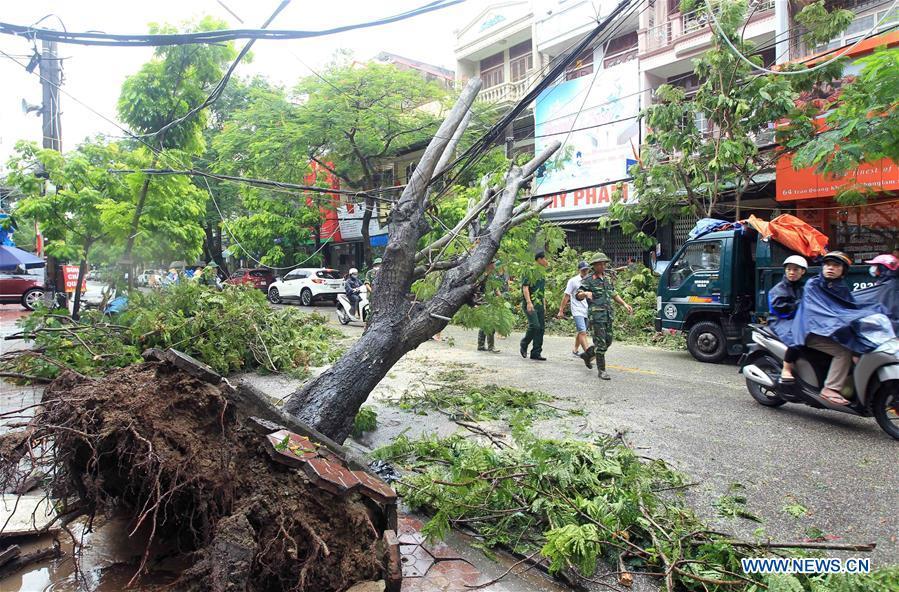