LOS ANGELES, Aug. 7 (Xinhua) -- A robbery suspect was arrested after killing at least four people and injuring two others in a deadly stabbing spree Wednesday in the city of Garden Grove, 60 km southeast of downtown Los Angeles, police said.

According to the Garden Grove Police Department (GGPD), the deputies encountered and arrested the attacker who was armed with a knife and a handgun at about 7:30 p.m. (0230 GMT Thursday) in a 7-Eleven convenience store after the suspect had stabbed six victims along a main street in the city.

"GGPD working multiple scenes with several homicides. Multiple robberies and stabbings by suspect. Suspect in custody by #GGPD at Harbor and First in Santa Ana," the GGPD tweeted. 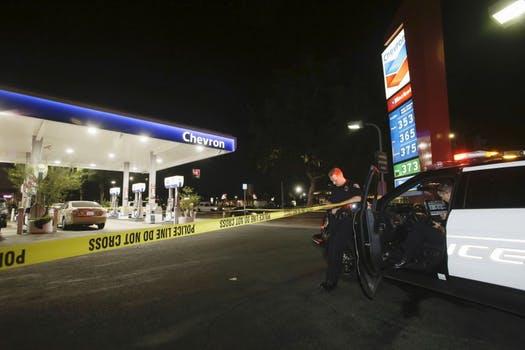