Most of the deaths occurred in Yongjia County, administered by Wenzhou City, where torrential downpours caused a landslide that blocked rivers. The barrier lake bursted and flooded people away.

Nearly 1.08 million people have been evacuated to safe places, and close to 5 million people in Zhejiang were affected, said the provincial flood control headquarters.

Lekima, the ninth typhoon of this year, landed around 1:45 a.m. Saturday in Zhejiang, bringing heavy rainstorms and triggering flash floods.

In Zhejiang, the typhoon damaged more than 173,000 hectares of crops and 34,000 houses. Direct economic loss amounts to 14.57 billion yuan (about 2.1 billion U.S. dollars), the headquarters said. Rescue operation is underway.

Lekima is moving northwards and will churn up the east coast of Shandong Province on Sunday.

It is expected to make a second landing along the coastline in Shandong late Sunday, bringing strong wind and heavy downpours, the National Meteorological Center warned on Sunday.

Shandong air traffic management bureau said the typhoon will greatly affect traffic in airports of the area. A total of 47 flights have been adjusted. 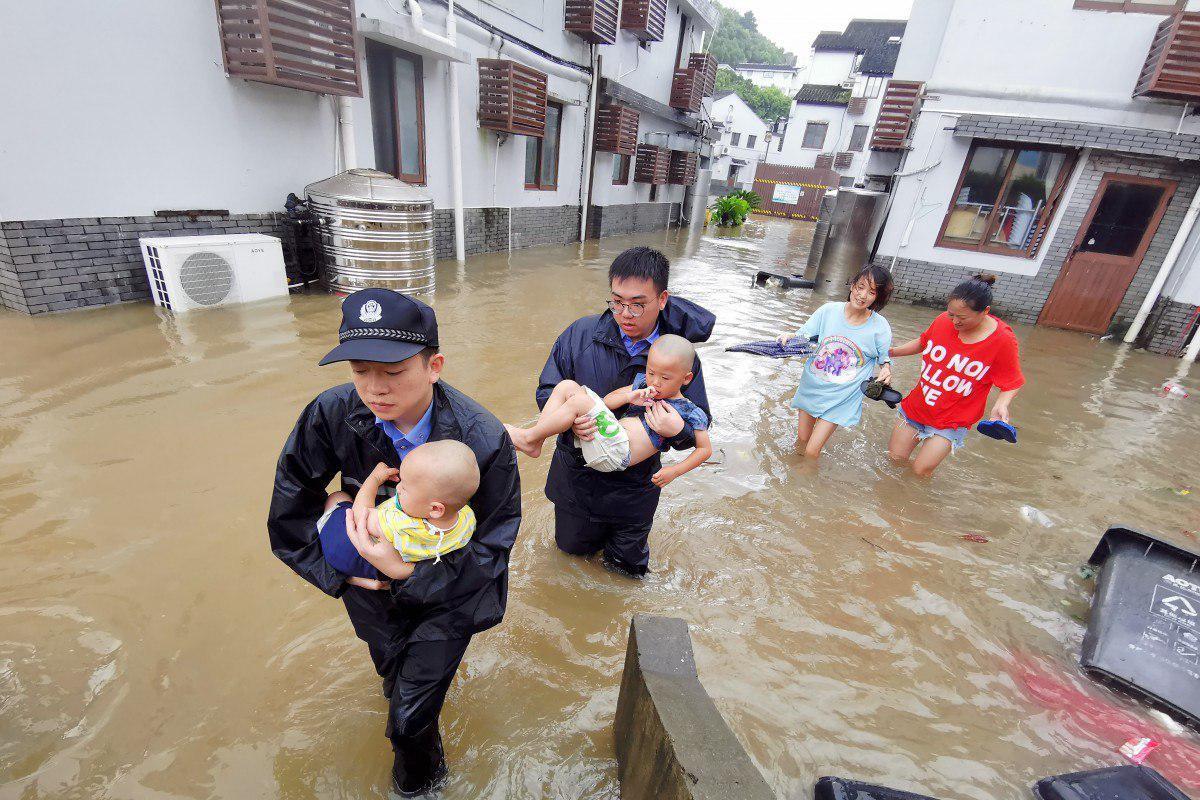