LOS ANGELES, Aug. 11 (Xinhua) -- NASA's Mars Cube One (MarCO), the first briefcase-sized satellites to journey to another planet, has been honored "Small Satellite Mission of the Year" by the American Institute of Aeronautics and Astronautics, according to a latest release of NASA's Jet Propulsion Laboratory (JPL).

Designed and built at the JPL in Pasadena, California, MarCO consists of two CubeSats - compact satellites made up of cube-shaped units - nicknamed WALL-E and EVE.

With the pair flying behind NASA's InSight lander as it cruised to the Red Planet for its descent to the Martian surface on Nov. 26, 2018, WALL-E and EVE enabled the InSight team to monitor the landing in near-real time by relaying signals from the lander back to Earth.

Along the way, WALL-E sent back stunning images of Mars while EVE performed some simple radio science. All of this was achieved with experimental technology that cost a fraction of what most space missions do, according to the JPL.

"It is a significant honor to be recognized by our peers at this particular conference," said MarCO Chief Engineer Andy Klesh. "These are the engineers crafting bold new designs to explore the solar system. We hope MarCO was a pathfinder mission for them." 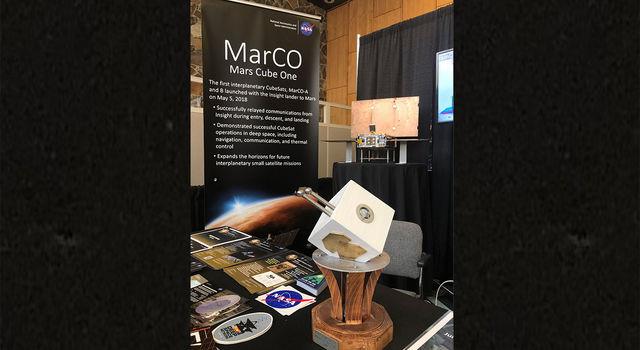