NEW DELHI, Aug. 12 (CGTN) -- Floods have killed over 140 people as of Sunday and displaced hundreds of thousands across much of India with its southern state of Kerala worst hit, according to local state officials.

Since last Thursday, at least 60 people have died in floods in Kerala, where the beaches and hill resorts are a major international tourist magnet – followed by its neighboring Karnataka State, where 31 people lost their lives.

There are reports that in the western states of Maharashtra and Gujarat floods caused at least 30 and 19 deaths respectively.

The Indian government warned the death toll could further rise as heavy rains are predicted to worsen in coming days.

Some major roads are closed due to floods in different states, and one main airport of Kerala state was reopened on Sunday following days of closure. 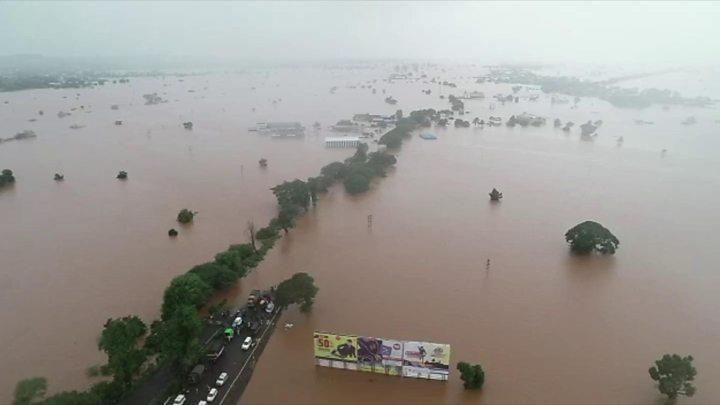