HONG KONG, Aug. 12 (Xinhua) -- All flights in and out of China's Hong Kong Special Administrative Region were cancelled on Monday due to a protest held in the Hong Kong International Airport, according to local airport authority.

All check-in services were suspended, said the Airport Authority Hong Kong in a statement on Monday afternoon, adding that departing flights that had completed check-in procedures and arriving flights already heading to Hong Kong were excluded from the suspension.

The Airport Authority Hong Kong said it has launched an emergency management center in the airport and is keeping close contact with airliners to try to resume operation as soon as possible.

The airport authority also advised the public to avoid trips to the airport, citing traffic congestion and full parking lots.

Four bus services of the airport express have changed route and one bus station in the airport has also been closed, according to local traffic authority. 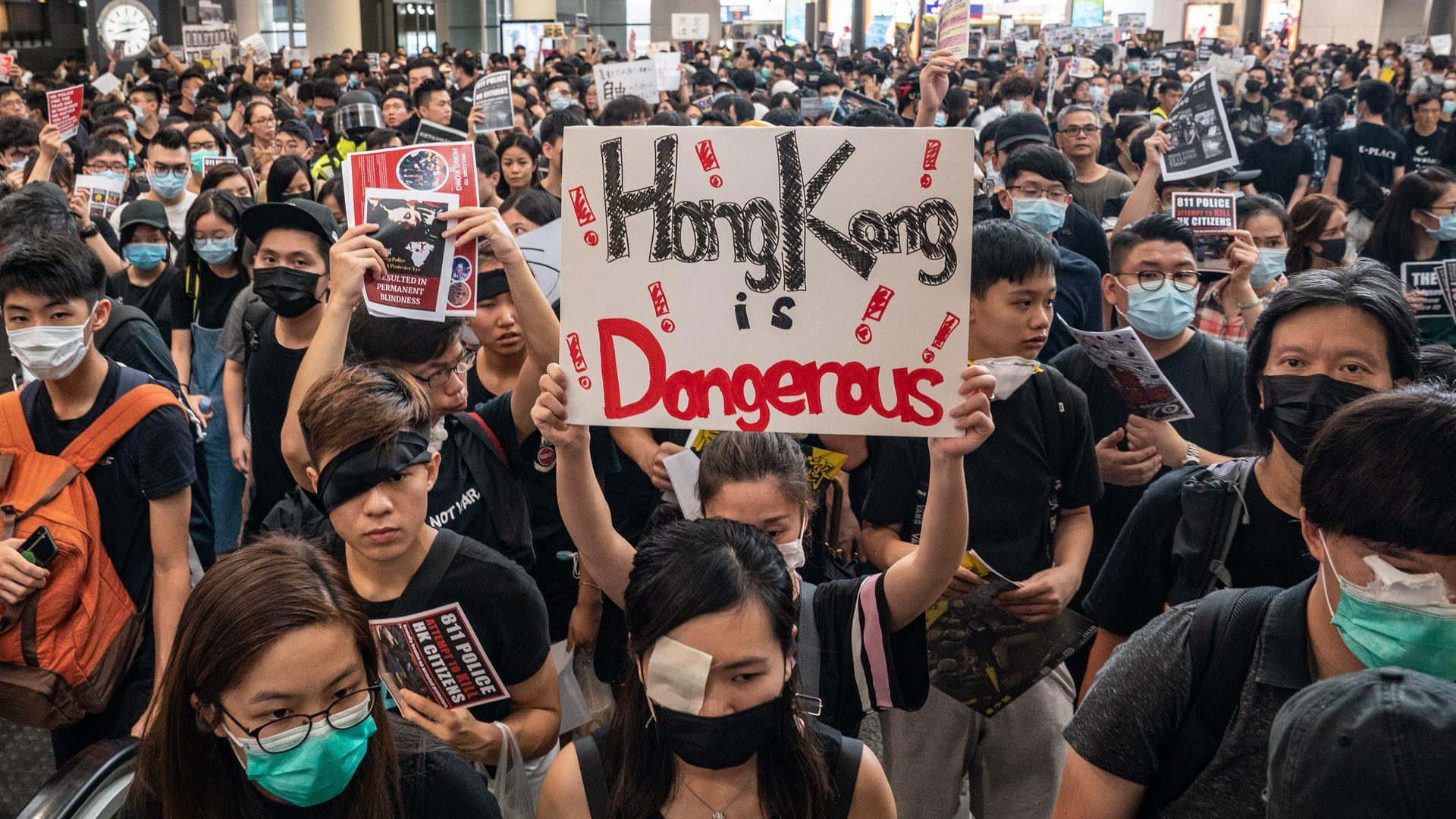