Dengue Cases in Philippines Continue to Rise, Reaching over 167,000 with 720 Deaths

MANILA, Aug. 13 (Xinhua) -- The Department of Health (DOH) of the Philippines said on Tuesday that dengue cases in the country have reached 167,607 with 720 deaths since January this year.

According to the new data released by the health department, these cases were recorded from January 1, 2019 to July 27, 2019.

"The Philippines continues to have the highest case fatality among the five Southeast Asian countries (with dengue cases)," Duque told reporters, without saying which the five countries are.

The department noted that 12,880 cases were recorded in only a week's period from July 21 to July 27.

The age group most affected by the dengue is around five to nine years old, accounting for 22 percent of the cases or 38,268, according to the DOH data. The data also showed that the same age group recorded the most number of deaths, with 292 cases or 42 percent.

The DOH declared last week the dengue outbreak a national epidemic after a surge of dengue cases and deaths in the country and it has warned that the dengue cases will likely continue to rise until October because of the rainy season.

Duque has said that every three to four years, a spike in dengue cases is expected according to World Health Organization. However, the reason behind this phenomenon has not yet been established.

The health secretary said rapid urbanization and climate change might be the possible causes of the phenomenon. 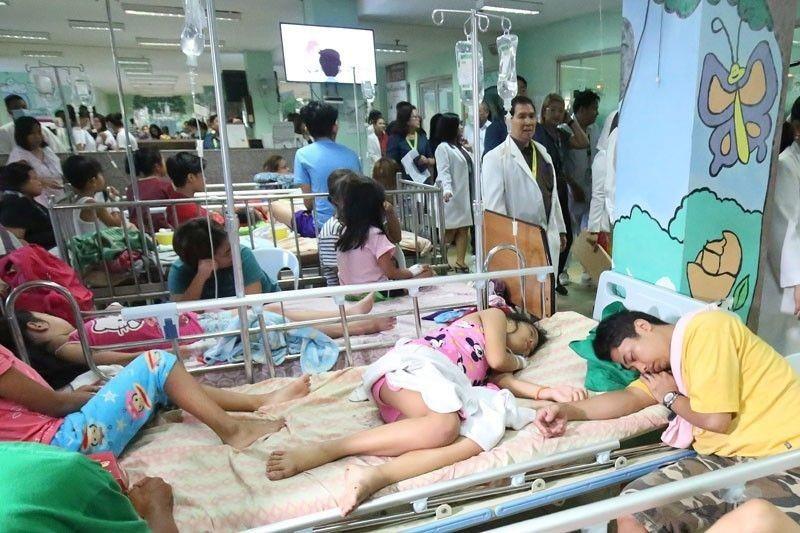