3 Sentenced to Death for Killing Albino in Malawi

LILONGWE, Aug. 14 (Xinhua) -- The High Court of Malawi on Tuesday convicted and sentenced two men and a woman to death for killing a person with albinism.

The three, identified as Douglas Mwale, Fontino Folosani and Sophie Jere, were accused of murdering albino Priscott Pepuzani in 2015, using a metal bar and a hoe handle, before chopping off his limbs and later buried his body in a garden.

Albinism is a genetic disorder resulting in little or not color for eyes, hair or skin.

During a court ruling in the Mchinji District of the Central Region of Malawi, Judge Esmie Chombo said the court found and proved beyond reasonable doubt that the three murdered the victim.

Chombo said the sentence would help to warn and deter others from committing the same crime, as murders of people with albinism are becoming rampant.

The landmark sentence has been applauded by various communities in Malawi, including albino-rights activists and lawyers.

"We are satisfied with this 'sentence' given the nature of the crime and the circumstances Mr. Pepuzani was killed, which created trauma and panic to persons with albinism in the country," government attorney Mathews Kamadzi told local media.

Persons with albinism in Malawi are facing attacks and killings due to a negative mystification of albinism.

There have been at least 25 killings of albino since 2014, a spree that has spread terror through the 10,000-strong albino community, local media reported.

Early May, the high court sentenced another killer Willard Mikaele to death for murdering 19-year-old albino Mphatso Pensulo in 2017. 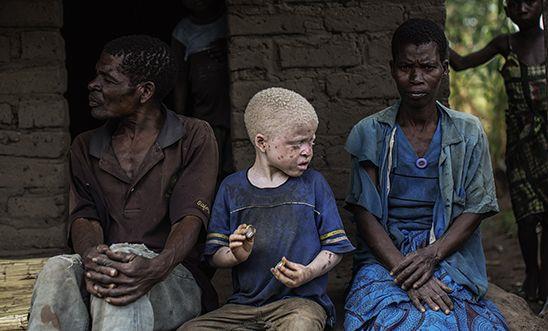