According to the Japan Meteorological Agency (JMA) as of 3 p.m. local time on Wednesday, Krosa was situated 220 km southeast of Tanegashima Island in Kagoshima Prefecture.

The 10th typhoon of the season, the agency said, has an atmospheric pressure of 965 hectopascals at its center and is packing winds of up to 144 km per hour and is moving in a north-northwesterly direction.

The typhoon may approach the western regions of Kyushu and Shikoku, the weather agency said and cut path through western Japan on Thursday.

While the agency said the typhoon has weakened from the day before, downpours of over 1,000 millimeters have still been forecast for some eastern and western regions that are facing the Pacific Ocean.

In terms of specific rainfall forecast for the 24 hours through noon on Thursday, the JMA said downpours are expected to reach 900 millimeters in Shikoku, 600 in Tokai, and 500 in Kinki, and northern and southern Kyushu.

Krosa has already affected transportation systems, with Japan Airlines Co. and All Nippon Airways Co. announcing they will cancel around 100 flights Wednesday to and from areas of the southwestern main island of Kyushu.

On Thursday, West Japan Railway Co. will suspend the majority of its Shinkansen bullet train services, the operator said.

It said that services between Shin-Osaka and Kokura will be canceled and those on Kyushu Island running between Kokura and Hakata will only be running at a limited capacity on Thursday.

Shinkansen services between Tokyo and Shin-Osaka will also be operating at a limited service, Central Japan Railway Co. said, and Kyushu Railway Co. has announced it will reduce the number of its super-express bullet train services on Thursday.

Shikoku Railway Co. will cancel some of its services from Wednesday, it said, and completely halt operations on the western main island on Thursday.

The weather agency has warned people to stay on alert for severe gusts of winds, torrential downpours leading to rivers bursting their banks, floods and mudslides, as well as storm surges and possible lightning strikes. 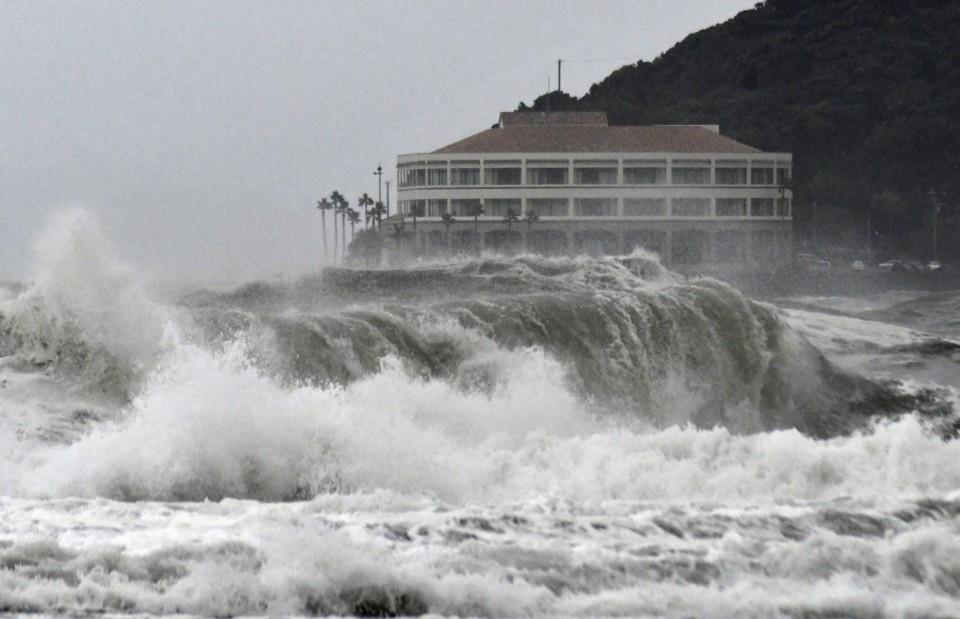