BOSTON, the United States, Aug. 14 (Xinhua) -- New subway cars built by a Chinese company for Boston residents started their first run in the U.S. city of Boston on Wednesday.

The first 6 of 152 cars started running on the Orange Line of Boston's subway system MBTA in the morning.

For Boston residents, the new cars will increase the capacity of the line by 30,000 seats daily when all of them are fully in service.

As one of the major subway lines in Boston, the Orange Line goes through a series of famous sites like Harvard Medical School, Northeastern University, Berklee College of Music, Bunker Hill Monument and Chinatown.

"There's a number of great features on these trains, like wider doors, better technology," MBTA's general manager Steve Poftak said at the launch ceremony of the new cars, adding that the cars are going to provide "more reliable and more comfortable commute for our passengers."

A foreman who worked at MBTA's Wellington Car House for 13 years told Xinhua that the new cars employ "the newest generation of technology," and they are much easier for maintenance due to advanced electronics.

According to MBTA, CRRC will also design and manufacture new cars for Boston Red Line subway. The vehicles for both Orange and Red lines are worth one billion U.S. dollars.

As the production of the new cars continues, the CRRC factory said in May that it planned to bring more job opportunities and the factory aimed at hiring about 260 local workers by the end of 2021. 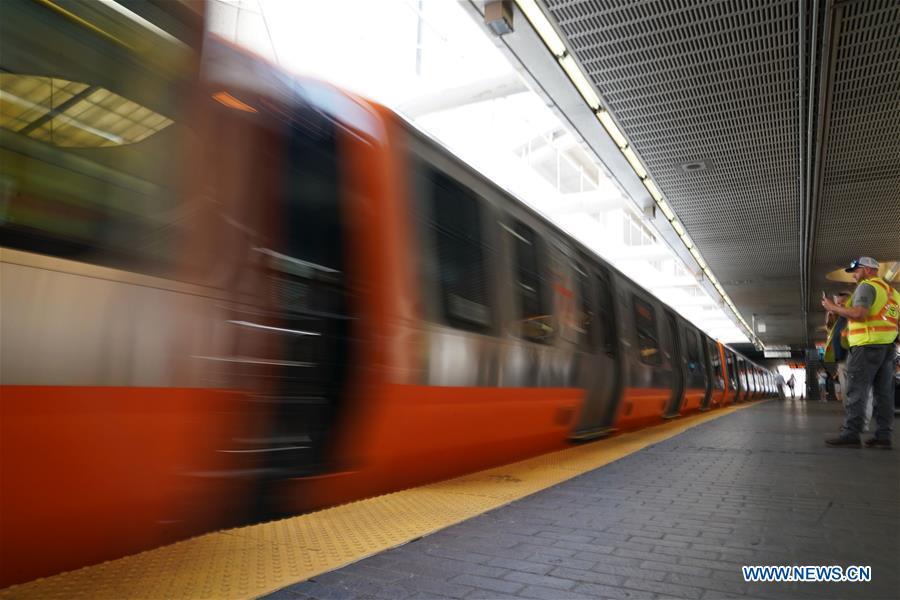