MOSCOW, Aug. 15 (Xinhua) -- An Airbus plane with over 200 passengers on board made an emergency landing on Thursday near Moscow shortly after taking off, injuring 23 people, including five children, authorities said.

The Ural Airlines' flight A321 performed a hard landing near Zhukovsky International Airport, southeast of Moscow, after its engines were struck by birds, the Sputnik news agency quoted Russia's Federal Air Transport Agency as saying.

The aircraft was traveling from Moscow to Simferopol in Crimea, with 226 passengers and seven crew members on board.

Sputnik reported that the plane landed in a corn field near the airport. All passengers have been quickly evacuated and people who got injured in the incident have been sent to nearby hospitals.

A total of 20 first aid teams, four medical service units and two helicopters are working on the site.

The engines caught fire after being hit by birds, the Russian Emergencies Ministry said, adding that the flight skidded off the runway after the landing.

According to reports of Sputnik, Russia has formed a special commission to investigate the circumstances of and the reasons behind the accident. 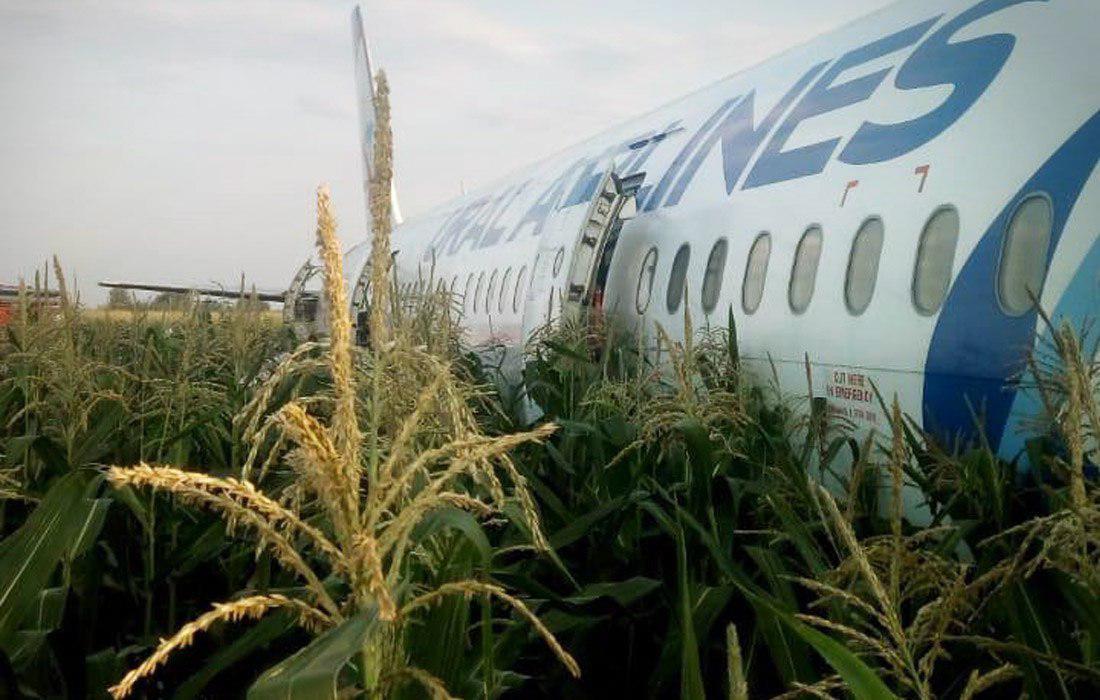 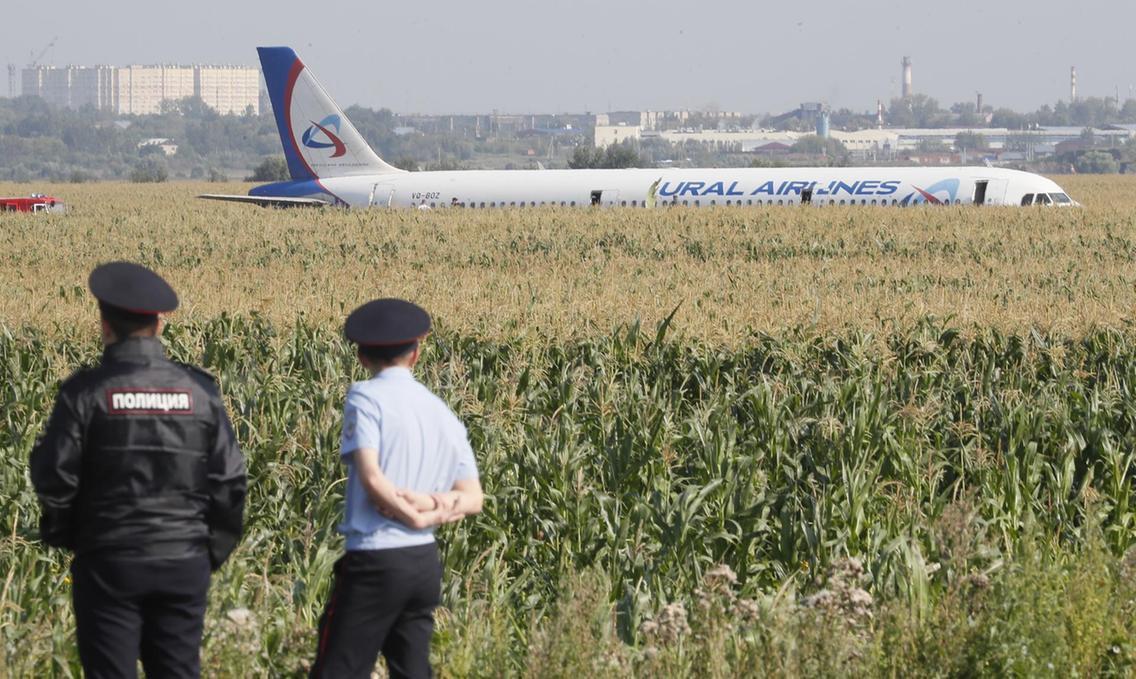 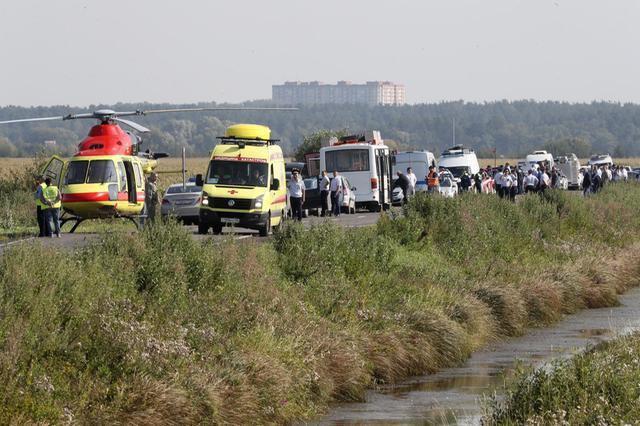