SYDNEY, Aug. 17 (Xinhua) -- Around 3,000 people marched peacefully through the streets of Sydney on Saturday to call for an end to the violence which has gripped China's Hong Kong Special Administrative Region (SAR) in recent weeks.

Mobilized through social media, the Stop Riots in Hong Kong rally was predominantly made up of Chinese students living Down Under. However, there was also a large number of local supporters in attendance as well.

Among banners that said "Protect Hong Kong, fight against violence," One of the group's leader Tony Jiang, who is an Australia citizen of Chinese descent, told Xinhua "We came here to stand against the violent riots and the decaying law and order in Hong Kong."

Radical protesters in Hong Kong have abandoned their peaceful protests and unfortunately some of them have turned into violent mobs who smashed the parliament, ransacked the police stations and threw bricks and petrol bombs on the streets, Tony Jiang said.

"We support and we understand peaceful protest, but we believe it has grown into an out-of-control situation."

Horrified by the current unrest in the global financial hub, a female marketing student from China who was too afraid to give her full name said she had become very concerned for her friends living in Hong Kong.

"A Chinese friend of mine works in a hotel. it's not safe for her to get home in the middle of the night now," Mem told Xinhua.

"At first I could understand their purpose and why they were having their protests. I even have a friend who was involved in the protests."

"But everything just started to turn in a really bad way and I asked my friend a few days ago and she said many of the protesters began to do extreme things. It has now become chaos. It's getting really, really bad."

With large-scale protests beginning back in June, the situation has quickly continued to escalate.

To show their solidarity with law enforcement officers in Hong Kong, many at Saturday's rally held up signs with messages of support for police.

While others raised red banners with slogans of praise for the Hong Kong SAR government and chanted "We love China, we love Hong Kong," the large group also sang the Chinese national anthem and hoisted the Chinese and Australian national flags in unison.

It's so hard to see the police, with one policeman's finger bitten off by rioters, one of the group's female organisers who asked to be referred to as CC told Xinhua.

"I think those rioters should stop what they are doing and truly talk to the government, not using violence. Talking is the way. Violence is not."

"This is not peaceful at all." 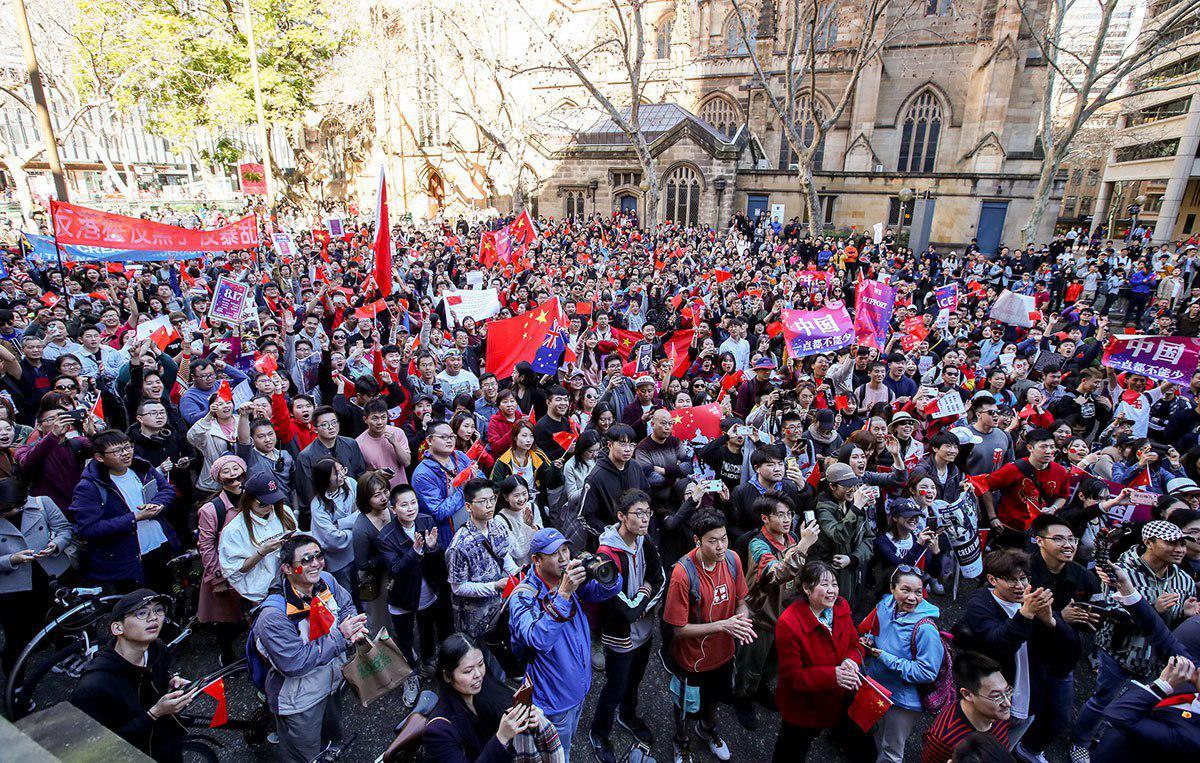 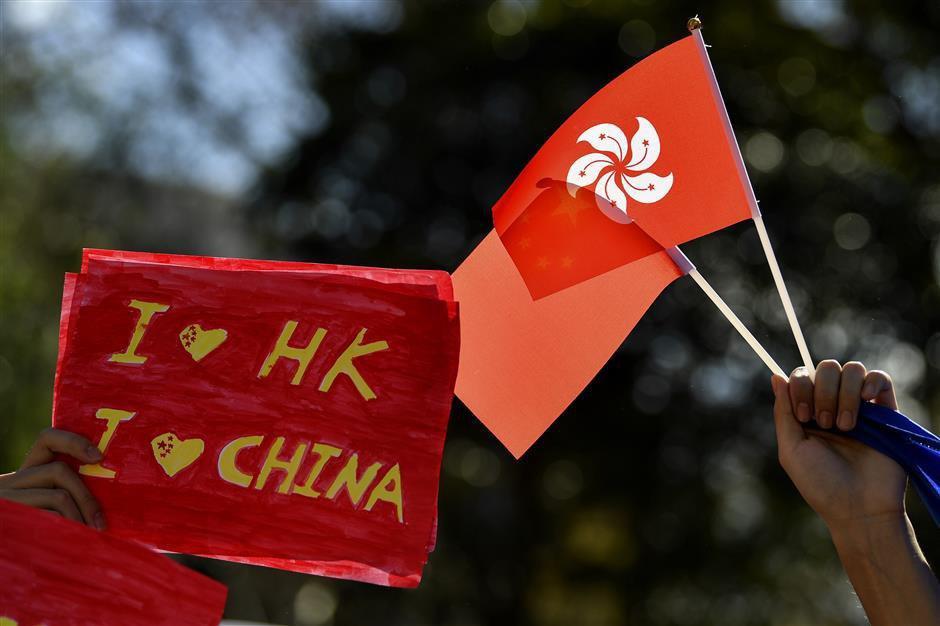