WASHINGTON, Aug. 19 (CGTN) -- The Pentagon said on Monday that it tested a conventionally-configured ground-launched cruise missile with a range of more than 500 kilometers, the first such test since the United States pulled out of the Intermediate-range Nuclear Forces Treaty (INF).

The United States formally withdrew from the landmark 1987 pact with Russia on August 2 after determining that Moscow was violating the treaty, an accusation the Kremlin has denied.

The treaty, negotiated by then-U.S. President Ronald Reagan and Soviet leader Mikhail Gorbachev, banned land-based missiles with a range of between 500 and 5,500 kilometers.

In a statement, the Pentagon said the test took place on Sunday at San Nicolas Island, California, and the missile hit its target after more than 500 kilometers of flight.

The test would have been prohibited by the INF treaty.

"The testing by (the) U.S. military of a land-based missile banned under INF treaty two weeks after the official termination of this treaty is a blatant cynicism and mockery of the international community," the RIA news agency cited Russian lawmaker Frants Klintsevich as saying on Monday.

"We, of course, will do our best in the shortest period of time to ensure that the United States does not have a superiority in these types of weapons," he said, adding that Russia did not intend to enter into an arms race. 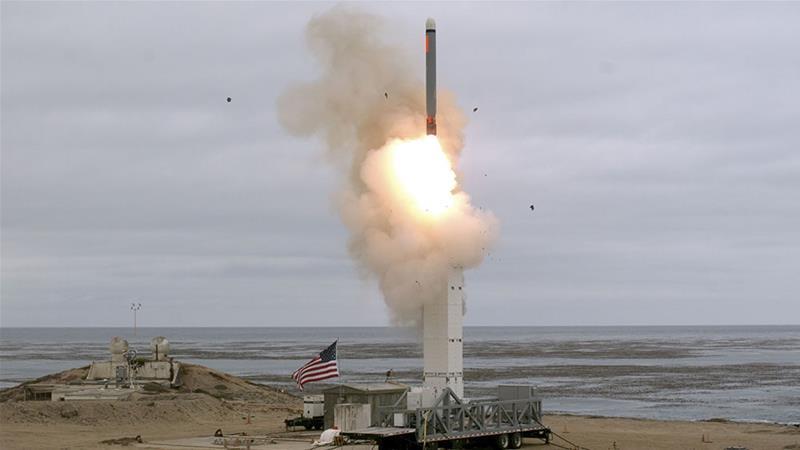