BEIJING, Aug. 21 (CGTN) -- Chinese State Councilor and Foreign Minister Wang Yi met with his Japanese and South Korean counterparts in Beijing on Tuesday. The meetings were held to lay the groundwork for the upcoming trilateral meeting among China, Japan and South Korea on Wednesday.

During his meeting with Japanese Foreign Minister Taro Kono, Wang said ties have improved between Beijing and Tokyo recently and both countries should appreciate the development in bilateral relations, adding that China is willing to develop mutual trust and expand cooperation with Japan.

Wang also stressed that the two countries should strengthen multilateral cooperation, oppose all types of protectionism and unilateralism, and protect multilateralism and free trade. While Kono assured that Japan is willing to work closely with China, enhance cooperation, and properly manage differences.

When talking to South Korea's Kang Kyung-wha, Wang expressed hope that South Korea could participate in the Belt and Road Initiative (BRI), explore the third-party market with China, and accelerate talks to achieve a China-South Korea free trade agreement.

He reiterated that China, South Korea and Japan should safeguard multilateralism and free trade. Wang also expressed hope that Japan and South Korea can resolve their current trade dispute through dialogue and negotiations. The South Korean foreign minister said Seoul is willing to enhance relations with Beijing on all levels, and boost cooperation in innovation and environmental protection.

The two sides also exchanged views on the Korean Peninsula issue. Kang said her country hopes that the Democratic People's Republic of Korea (DPRK) and the U.S. can resume talks as soon as possible and that all parties can come to a peaceful solution. Wang said the issue is on the track of a political solution and urged all parties to follow the same direction, take more actions to deepen understanding and establish mutual trust.

During their visit to Gubei Water Town, Wang highlighted the trilateral relations, saying that working together serves the interests of the three countries.

Wang hoped the three countries can take this opportunity to overcome differences and unite to contribute to regional peace and stability. 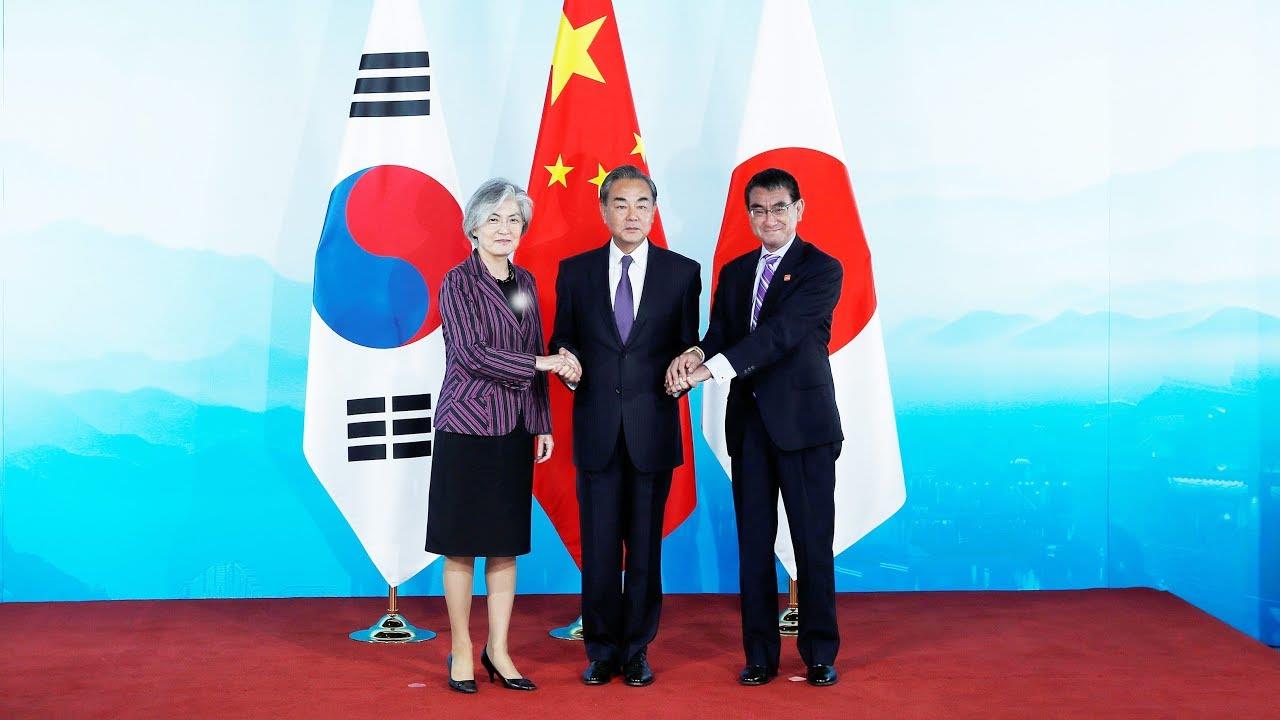