Nick Hague and Andrew Morgan wrapped up their spacewalk at 2:59 p.m American Eastern Time, lasting about six hours and 32 minutes, according to the U.S. space agency NASA.

They successfully installed the second of two international docking adapters (IDAs) that will be used for the future arrivals of Boeing CST-100 Starliner and SpaceX Crew Dragon commercial crew spacecraft.

The two spacecraft will restore launches of American astronauts from American soil on American rockets. The first commercial crew astronauts will fly late this year or sometime in 2020.

The new docking adapter arrived to the space station on July 27 on a SpaceX Dragon cargo resupply spacecraft. Another adapter already used in the space station was launched on SpaceX spacecraft in 2016 and its first docking was achieved with the arrival of unmanned Crew Dragon Demo-1 on March 3, 2019.

The spacewalkers also completed additional routing for the station's wireless internet. The spacewalk is the 218th in support of station assembly, maintenance and upgrades. 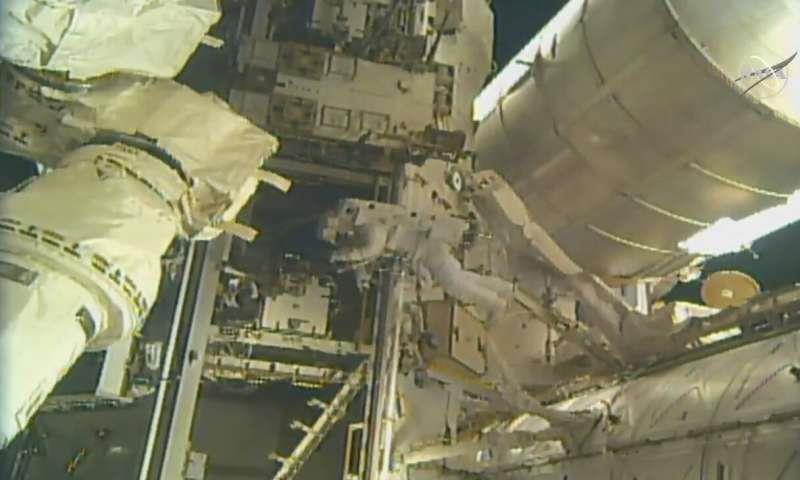