WASHINGTON, Aug. 21 (CGTN) -- "Greenland was just an idea, just a thought. But I think when they say it was 'absurd' – and it was said in a very nasty, very sarcastic way – I said, 'We'll make it some other time,'" U.S. President Donald Trump told reporters at the White House on Wednesday.

Hours before, the president announced that he would not visit Copenhagen next month as planned and accused the Danish Prime Minister Mette Frederiksen of insulting the United States as a whole by rejecting talk of buying Greenland as "absurd."

Trump confirmed to reporters on Sunday that he was considering an attempt to buy Greenland for strategic reasons, calling it a "real estate deal."

However, Greenland rejected this offer with remarks "open for business, not for sale" and "April Fool's Day joke."

As for the cancellation of Trump's trip, the Danish PM said that Denmark and the U.S. are not in crisis, and the U.S. is one of the closest allies. "Invitation to visit is still open," she added.

The president upbraided Frederiksen for the tone of her response, arguing that she "could have just said no, we'd rather not do it" instead of "the way she blew me off."

"She's not talking to me, she's talking to the United States of America," Trump said.

Greenland is the largest island in the world (excluding Australia, which is often defined as a continent), with a very small population of 56,000.

The talk of a Greenland purchase came before Trump's scheduled visit to Poland and Denmark from August 31 to September 3.

In 1946, then U.S. president Harry S. Truman tried to buy Greenland from Denmark for 100 million U.S. dollars but failed, as the Danish government rejected the speculative bid. 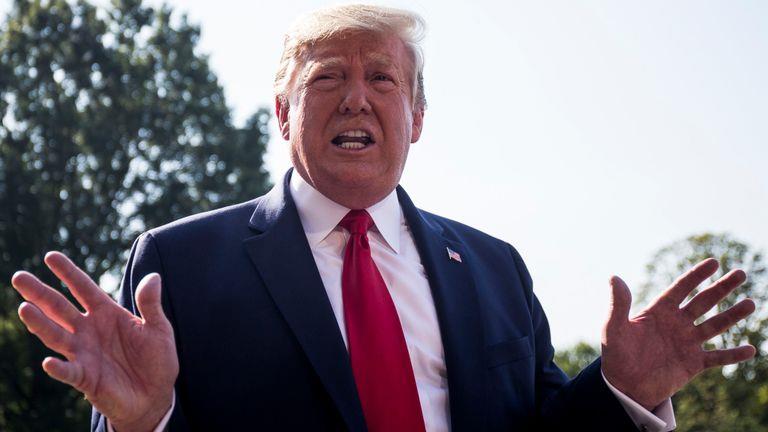