DPRK Says Ready for Dialogue or Confrontation with U.S.

PYONGYANG, Aug. 23 (CGTN) -- Democratic People's Republic of Korea (DPRK) Foreign Minister Ri Yong Ho said on Friday that Pyongyang is ready for dialogue or confrontation with the United States, warning Washington that continuing with sanctions would be a miscalculation, according to state media agency KCNA.

Ri accused U.S. Secretary of State Mike Pompeo of casting "dark shadows" over U.S.-DPRK talks, claiming that Pompeo was more interested in his own political ambitions than in current U.S. foreign policy.

The DPRK diplomat warned that Pyongyang will remain "the biggest threat" to Washington for a long time if the U.S. sticks to a hostile stance.

Talks between Pyongyang and Washington have stalled since the second summit between U.S. President Donald Trump and DPRK leader Kim Jong Un in Hanoi in February ended without an agreement.

The two sides met again in June and agreed to restart working-level dialogue, but those talks have yet to begin. 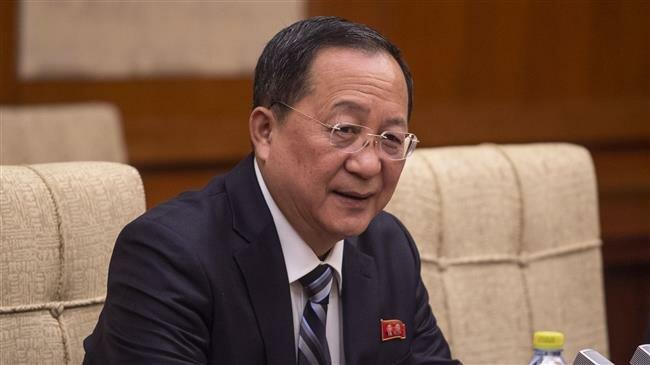