Heavy Smoke Pours from Air China Plane as Passengers Board

All passengers were evacuated safely from the plane, which was preparing to fly to Tokyo, Air China said in a statement on its social media page.

The smoke came from the plane's front cargo hold and the crew quickly took firefighting measures, the airline said, adding that the cause is under investigation.

Photographs and videos taken by witnesses showed the top part of the plane cloaked in smoke and heavily damaged. 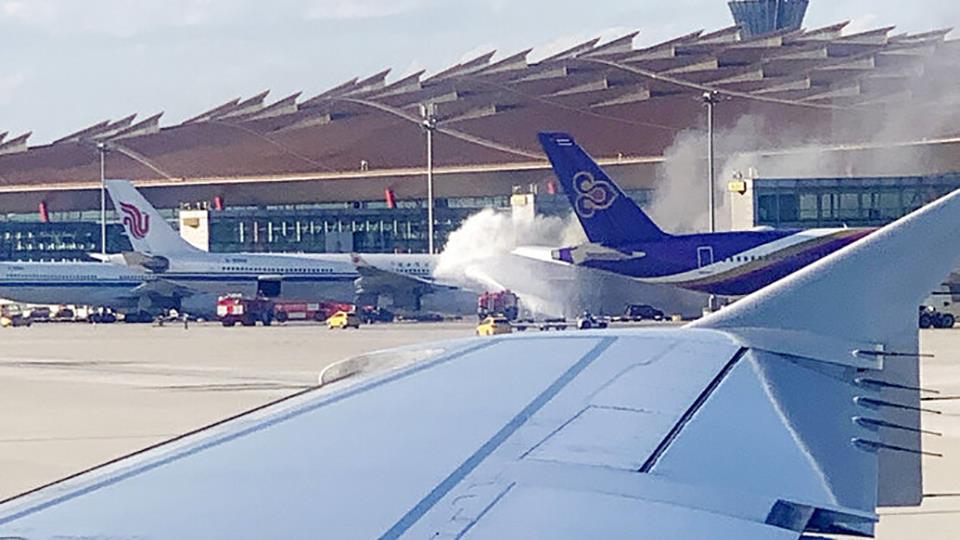