In another step that could further strain ties with NATO ally the United States, Turkey took delivery on Tuesday of a second batch of Russian S-400 air defense equipment.

"We are taking positive steps in the defense industry sector with the delivery of the S-400 systems starting," Erdogan said at a news conference alongside Putin.

"With that, in our meetings today we had the opportunity to discuss what steps we could take in various fields within the defense industry and what we could do," he added.

The initial delivery of parts of the S-400s, which Washington says is not compatible with North Atlantic Treaty Organization (NATO) defenses, arrived in Ankara in July despite warnings about possible U.S. sanctions over the purchase.

Washington has not yet acted on it, but it did begin last month to remove Turkey from its program of manufacturing F-35 jets, which Turkey also planned to buy. In response, Erdogan said Turkey would turn elsewhere for jets to meet its needs.

Putin said he and Erdogan discussed cooperation on Russia's Su-35 jet and possible joint work on its new Su-57.

"In my opinion, a lot has drawn an interest from our Turkish partners, not only from a purchase point of view but also from joint production," Putin said at the joint briefing.

The leaders of Russia and Turkey said on Tuesday they shared deep concerns over fighting in northwestern Syria, with Ankara warning it would take the steps necessary to protect its troops there, and said they hoped to work together to ease tensions in Idlib province.

Putin said Turkey had "legitimate interests" to protect on its southern borders and supported the creation of a security zone in the area, and he and Erdogan had agreed "additional joint steps" to "normalize" the situation in Idlib, but did not provide details.

"The situation (in Idlib) has become so complicated that at this moment our troops are in danger," Erdogan said.

"We do not want this to continue. All necessary steps will be taken here as needed."

Tuesday's talks between Putin and Erdogan came ahead of a summit on Syria that will see the two leaders joined by Iran's President Hassan Rouhani in Ankara on September 16. 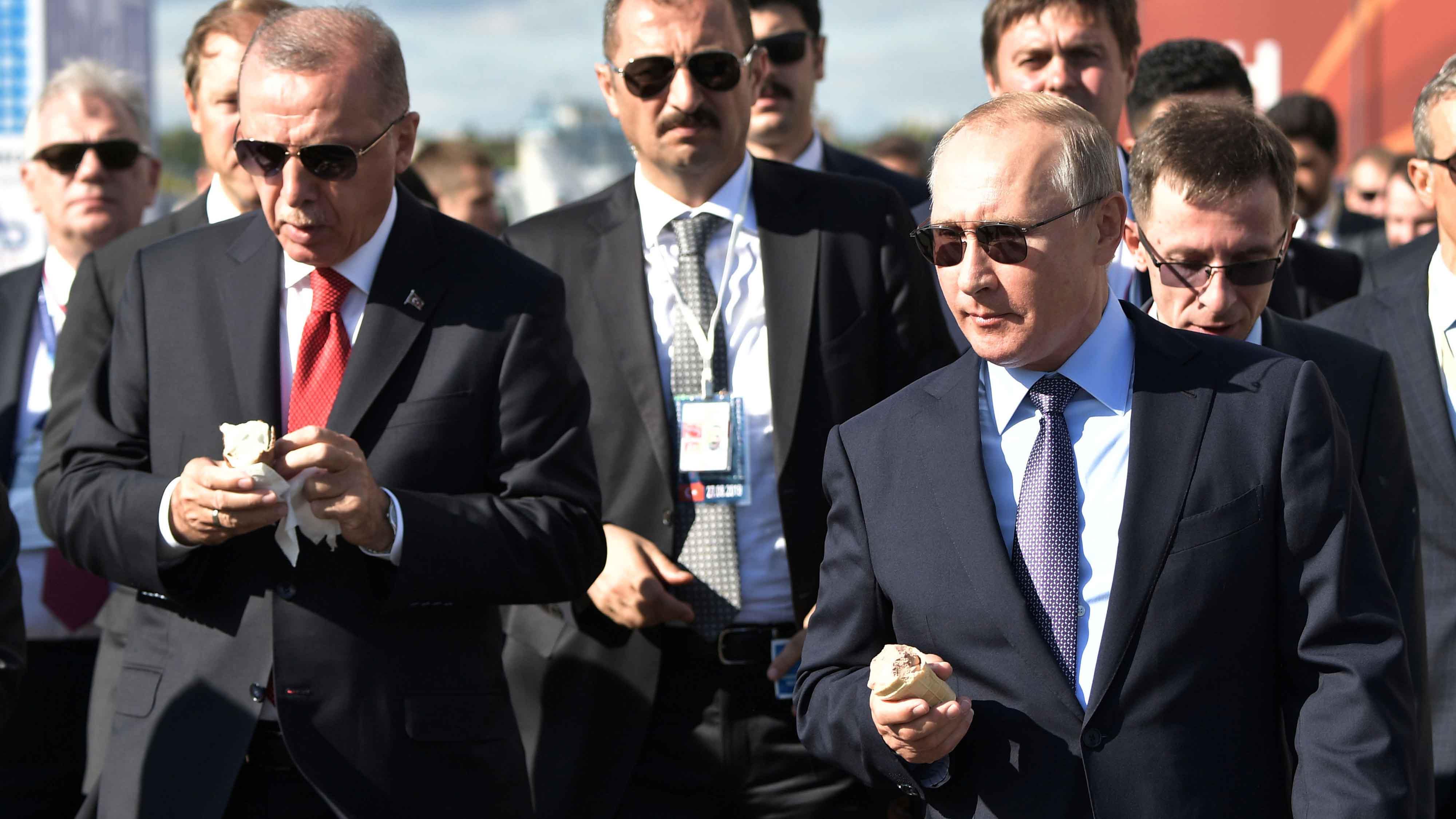 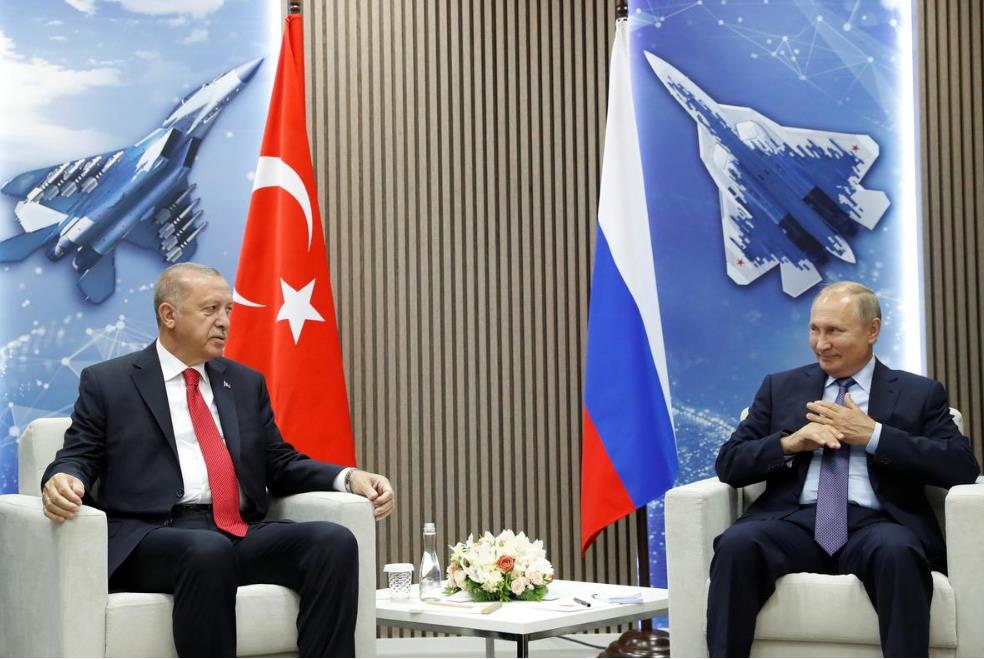