WASHINGTON, Aug. 29 (Xinhua) -- Governors of U.S. states of Florida and Georgia declared state of emergency in their respective states Thursday as the powerful Hurricane Dorian is expected to hit the region in the days ahead.

Governor Ron DeSantis of Florida expanded the state of emergency declaration he issued for 26 counties Wednesday to one that covers all of the 67 counties in the state "due to Hurricane Dorian's uncertain projected path."

"All residents, especially those along the east coast, need to be prepared for possible impacts," DeSantis said in a statement on his website.

Governor Brian Kemp of Georgia declared a state of emergency in 12 counties in the southern coastal area of the state.

Urging residents in Georgia "to be ready to move quickly," Kemp said little is known about "the initial or the path that the storm will take," but more information will come within the next 24 hours.

"There's a lot of moving parts right now that our counterparts in Florida are dealing with, and then we're also preparing as well for whatever happens," he was quoted by local media as saying.

According to the latest forecast by the National Hurricane Center (NHC) issued at 5 p.m. ET (2100 GMT) on Thursday, Hurricane Dorian, now near the Bahamas, is still a Category 1 hurricane with maximum sustained winds of 85 miles (140 km) per hour. It is moving northwestward near 13 miles (20 km) per hour.

The NHC expected Dorian to strengthen to a Category 4 hurricane with peak winds of 130 miles (209 km) per hour by Sunday, possibly making landfall Monday in the east coast of Florida.

President Donald Trump said Thursday that he decided to cancel a planned trip to Poland during the weekend and stay in Washington "to ensure that all resources of the federal government are focused on the coming storm."

Speaking at the Rose Garden of the White House, Trump said Vice President Mike Pence will travel in his place. "It's something very important for me to be here. The storm looks like it could be a very, very big one indeed." 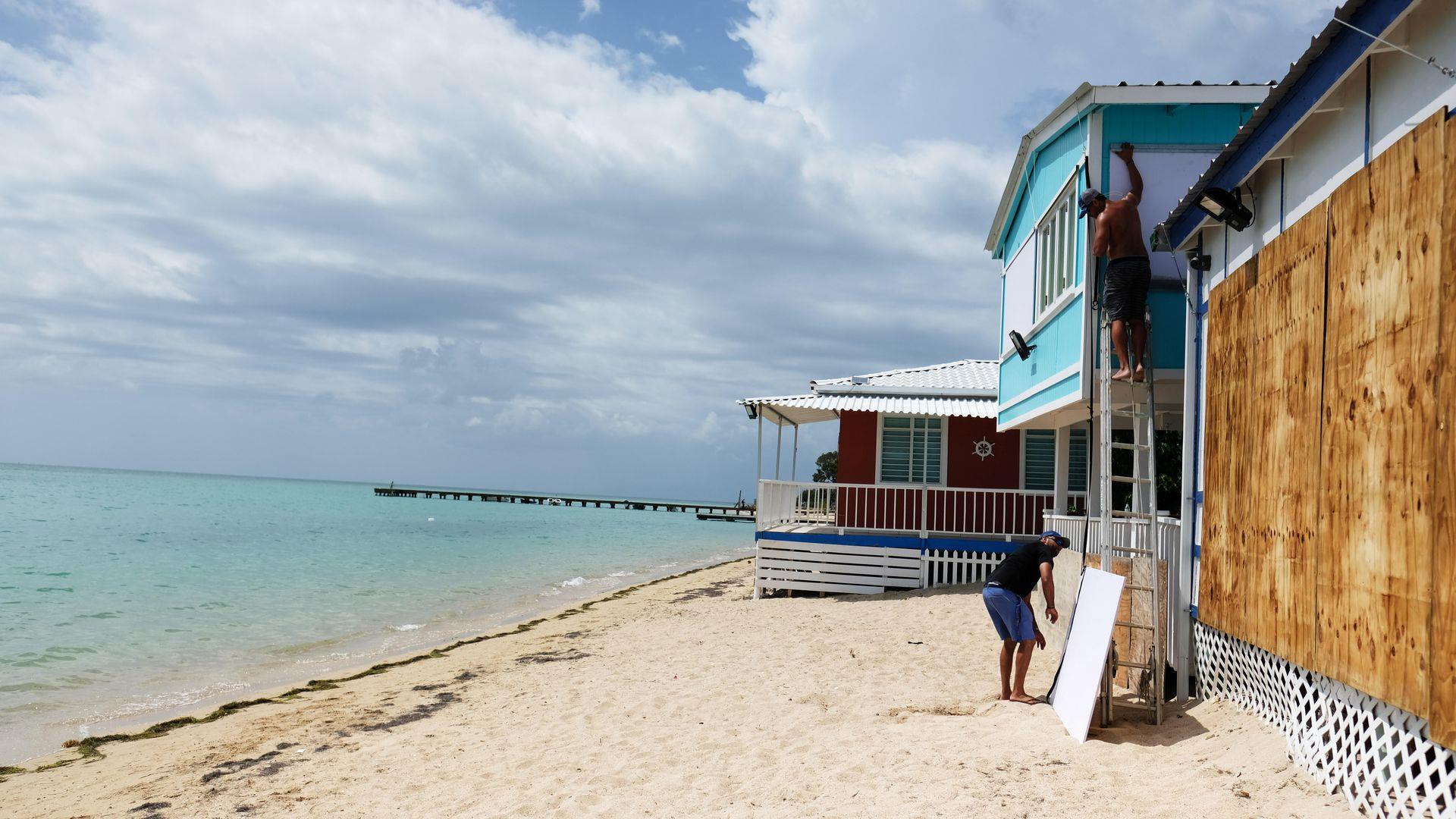