JIUQUAN, Aug. 31 (Xinhua) -- Two satellites for technological experiments were sent into space by a Kuaizhou-1A, or KZ-1A, carrier rocket from the Jiuquan Satellite Launch Center in northwest China on Saturday.

The rocket blasted off at 7:41 a.m. and sent the two satellites into their planned orbit.

Kuaizhou-1A, meaning speedy vessel, is a low-cost solid-fuel carrier rocket with high reliability and a short preparation period. The rocket, developed by a company under the China Aerospace Science and Industry Corporation, is mainly used to launch low-orbit microsatellites.

Saturday's launch was the third mission of the KZ-1A rocket.

One of the newly launched satellites was developed by the Innovation Academy for Microsatellites of the Chinese Academy of Sciences, and will be used for microgravity technology experiments. 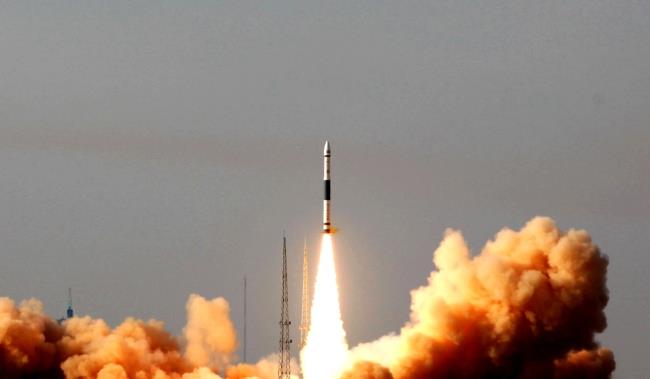