"The four victims we have recovered as of now will need to be identified by DNA, and that will take some time," Brown added.

He said rescue and recovery efforts have located four additional victims on the ocean floor near the vessel, and a dive team is working in the water attempting to recover their remains.

At about 3:30 a.m. local time (1030 GMT), U.S. Coast Guard overheard a mayday call from the boat named Conception, which was moored about 18.3 meters off the northern coast of Santa Cruz Island, according to Brown.

Five crew members on board were awake on the deck when the fire broke out. They jumped into the water and were rescued by a boat, according to Brown.

The boat was on a three-day diving trip when it caught fire early Monday morning. It departed from Santa Barbara at 4 a.m. (1100 GMT) on Saturday for a diving excursion, and was scheduled to return on Tuesday morning, Brown said. 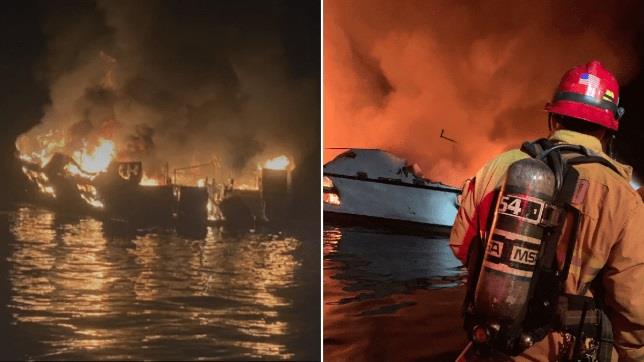