"Thus far, the Royal Bahamas Police Force has confirmed that there are five deaths in Abaco," Minnis told a news conference, referring to the islands where Dorian made landfall as a Category 5 storm on Sunday, packing blistering winds of 290 kilometers per hour.

"Teams will go to Abaco as soon as possible for a full and proper assessment and identification," he said.

As Dorian ground to a standstill, pounding Grand Bahama further to the west of the island chain, the Bahamas tourism and aviation ministry announced the start of rescue operations "in parts where it is safe."

For many, the wait for help to arrive has been terrifying.

A text message seen by AFP from a woman named Kendra Williams, who lives on Grand Bahama said: "We are under water; we are up in the ceiling. Can someone please assist us or send some help. Please. Me and my six grandchildren and my son, we are in the ceiling."

Abaco resident Ramond A. King captured scenes of devastation in footage provided to AFP, showing flooded streets strewn with trees and downed power lines and at least one home washed clearly away.

Initial Red Cross estimates were that 13,000 buildings may have been damaged or destroyed by Dorian, officials in Geneva said.

NHC briefed that on its track, the core of hurricane Dorian will continue to pound Grand Bahama Island into Tuesday morning. And then the hurricane will move "dangerously close to the Florida east coast late Tuesday through Wednesday evening, and then move dangerously close to the Georgia and South Carolina coasts on Wednesday night and Thursday."

All three eastern U.S. states have ordered coastal residents to evacuate, affecting close to a million people. Neighboring North Carolina has also declared a state of emergency, as has Virginia farther north. 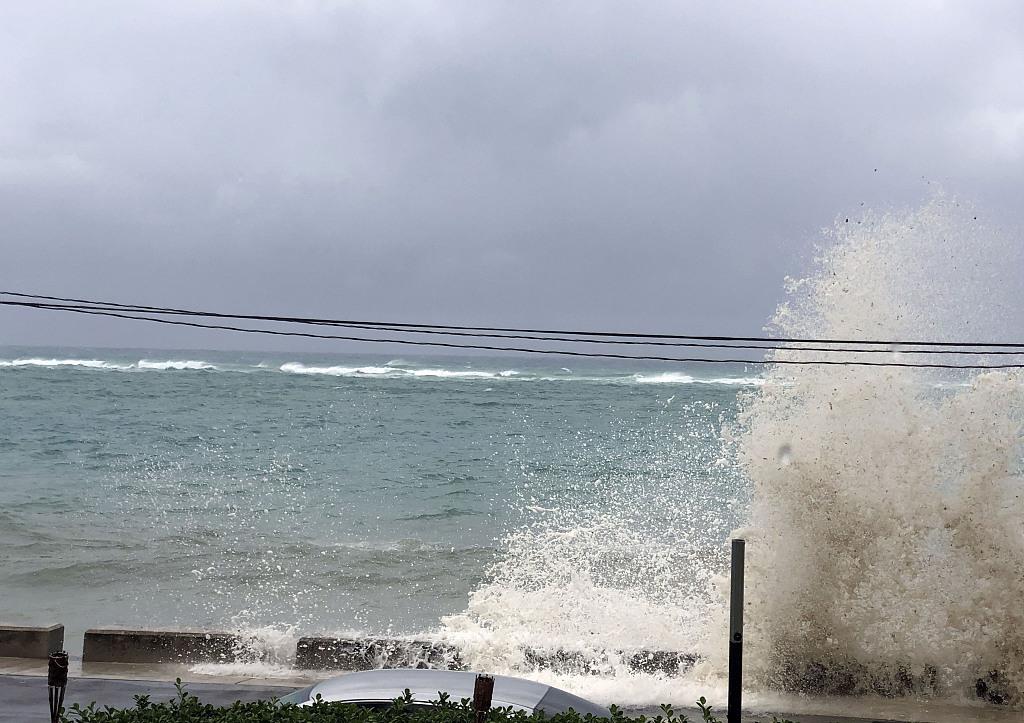