LONDON, Sept. 2 (CGTN) -- British Prime Minister Boris Johnson will move to call an October 14 election if lawmakers block the option of leaving the European Union without a deal, a senior government source said on Monday.

Lawmakers are expected to vote on Tuesday on a plan that would give members of parliament who are opposed to Johnson’s Brexit strategy control of the parliamentary agenda. They would then seek to pass legislation to force him to ask for a further delay to Brexit.

If that group is successful in defeating the government, the source said Johnson would then take the first step to calling an election – presenting a motion to parliament calling for one.

"Members of Parliament will face a very simple choice tomorrow when they vote. If they vote to give Boris Johnson the chance to do the negotiations... that would be the best chance for Britain to get a deal,” the source said.

"But, if they vote tomorrow to wreck the negotiating process, to go against giving Britain the ability to negotiate a deal, then they’ll also have to reflect on what comes next.”

The motion seeking an election would be expected to be voted upon on Wednesday and would require a two-thirds majority in the 650-seat House of Commons. If passed, the election would likely be on October 14, the source said.

The source also said that while Johnson did not want an election, lawmakers should be aware it would be a consequence of their decision to vote against the government on Tuesday.

Johnson earlier expressed hope he could get a deal with Brussels on ending Britain's 46-year-old membership of the EU, but added that he would stick to the Brexit deadline.

"We are leaving on October 31, no ifs or buts," he said in a defiant statement outside his Downing Street office.

A cross-party group of MPs is seeking to change the law to potentially delay Brexit until January 31, 2020.

They fear that leaving the EU with no deal could cause huge economic disruption.

But Johnson took office in July promising to deliver the 2016 referendum vote for Brexit whatever the circumstances, and after talks with his top ministers on Monday evening, made clear he would not move.

He said the chances of striking a divorce deal with Brussels "have been rising" ahead of a summit of EU leaders on October 17 and 18, adding this was partly because the bloc understood he would walk away.

"I want everybody to know – there are no circumstances in which I will ask Brussels to delay," Johnson said.

"Armed and fortified with that conviction I believe we will get a deal at that crucial summit in October." 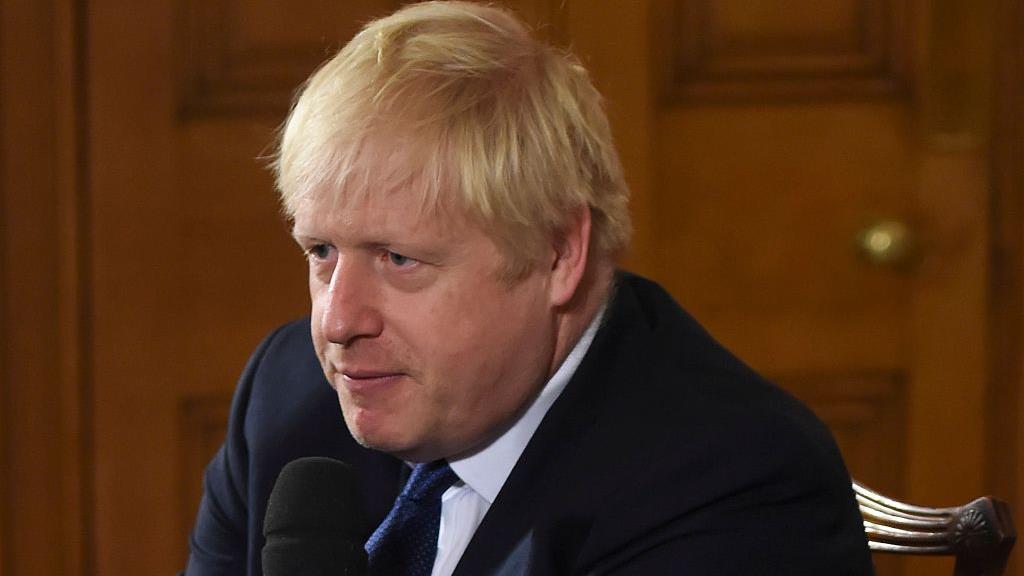