UNITED NATIONS, Sept. 3 (CGTN) -- The United States, Britain and France may be complicit in war crimes in Yemen by arming and providing intelligence and logistics support to a Saudi-led coalition that starves civilians as a war tactic, the United Nations said on Tuesday.

UN investigators recommended that all states impose a ban on arms transfers to the warring parties to prevent them from being used to commit serious violations.

"It is clear that the continued supply of weapons to parties to the conflict is perpetuating the conflict and prolonging the suffering of the Yememi people," Melissa Parke, an expert on the independent UN panel, told a news conference.

"That is why we are urging member states to no longer supply weapons to parties to the conflict," she said.

Saudi Arabia and the United Arab Emirates, the main parties in the coalition fighting against the Iran-aligned Houthi movement that controls Yemen’s capital, are two of the biggest buyers of U.S., British and French weapons.

The report also highlighted that the warring parties enjoyed "pervasive lack of accountability" for violations of international and humanitarian laws.

“Five years into the conflict, violations against Yemeni civilians continue unabated, with total disregard for the plight of the people and a lack of international action to hold parties to the conflict accountable,” said Kamel Jendoubi, chairperson of the UN investigations into Yemen.

UN experts also compiled a secret list of suspected war criminals. Investigators found potential crimes on both sides, while highlighting the role Western countries play as backers of the Arab states and Iran plays in support of the Houthis.

Jendoubi declined to reveal details of the list of suspects, adding: "What is sure is that we have gathered sufficient facts and sufficient testimonies that would allow to bring those individuals to justice at a later stage."

The report accused the anti-Houthi coalition led by Saudi Arabia and the UAE of killing civilians in air strikes and deliberately denying them food in a country facing famine. The Houthis, for their part, have shelled cities, deployed child soldiers and used "siege-like warfare," it said.

In a chilling video released earlier by the UN Human Rights Council, graphic footage showed airstrikes bombing what appeared to be a civilian neighborhood and dust-covered children buried under rubble. It also listed series of acts in violation of the Geneva Convention, including torture and rape.

The Houthis drove Yemen’s government out of the capital Sanaa in 2014. The Saudi-led coalition of Sunni Muslim states intervened the following year to restore the ousted government, a conflict that has since killed tens of thousands of people.

The prospect of famine has created what the United Nations describes as the world’s biggest humanitarian crisis, where 24 million people rely on aid. 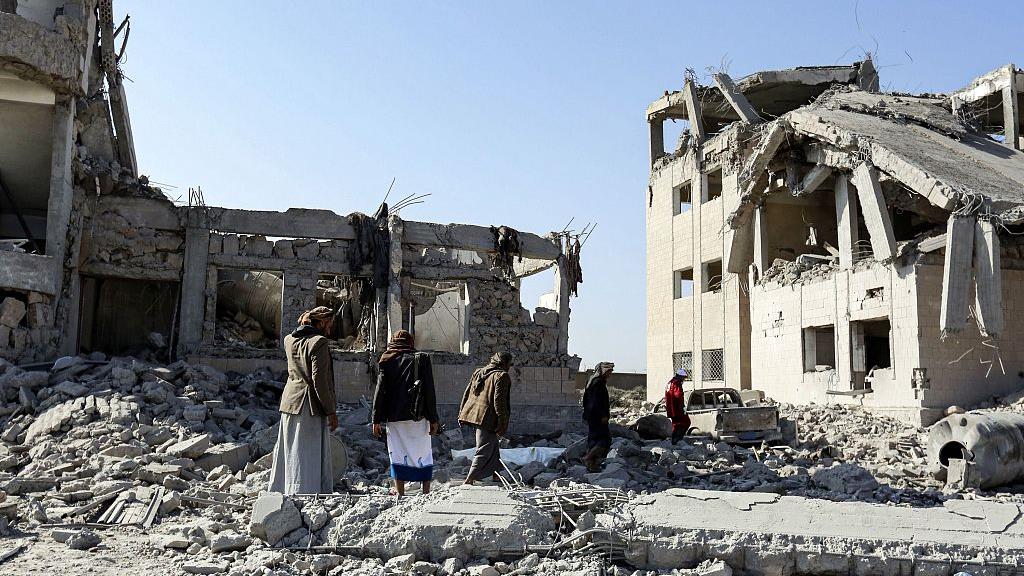