Brussels warmly welcomed the coalition between the anti-establishment Five Star Movement (M5S) and center-left Democratic Party (PD), which is expected to markedly improve rocky relations between Europe and Rome.

"We're ready to give our utmost for the country," M5S head Luigi Di Maio, the new foreign minister, said.

First on the cabinet's to-do list is the 2020 budget, which has to be submitted to parliament by the end of September, and then to Brussels by October 15.

The pick of the PD's Brussels-savvy Roberto Gualtieri as finance minister was hailed as "extremely positive, especially for the relationship with the EU" by Lorenzo Codogno, former chief economist at the Italian Treasury Department.

European Commission President Jean-Claude Juncker congratulated Conte and said Italy's new political era came at "an important moment for our Union," adding that he was sure Rome would play a "frontline" role on key issues.

PD chief Nicola Zingaretti said it was an "excellent choice for Italy, which returns to playing a leading role in Europe."

The previous coalition between the M5S and far-right Matteo Salvini's anti-immigrant League had fought bitterly with Brussels over its big-spend budget and critics had bemoaned Rome's sidelining in the EU halls of power.

The markets welcomed the new cabinet, with Milan's FTSE Mib stock market up 0.5 percent after the swearing-in ceremony.

It is the youngest ever in Italy's post-war history – the average age being 47 – and has more ministers from the country's disadvantaged south than the wealthy north. 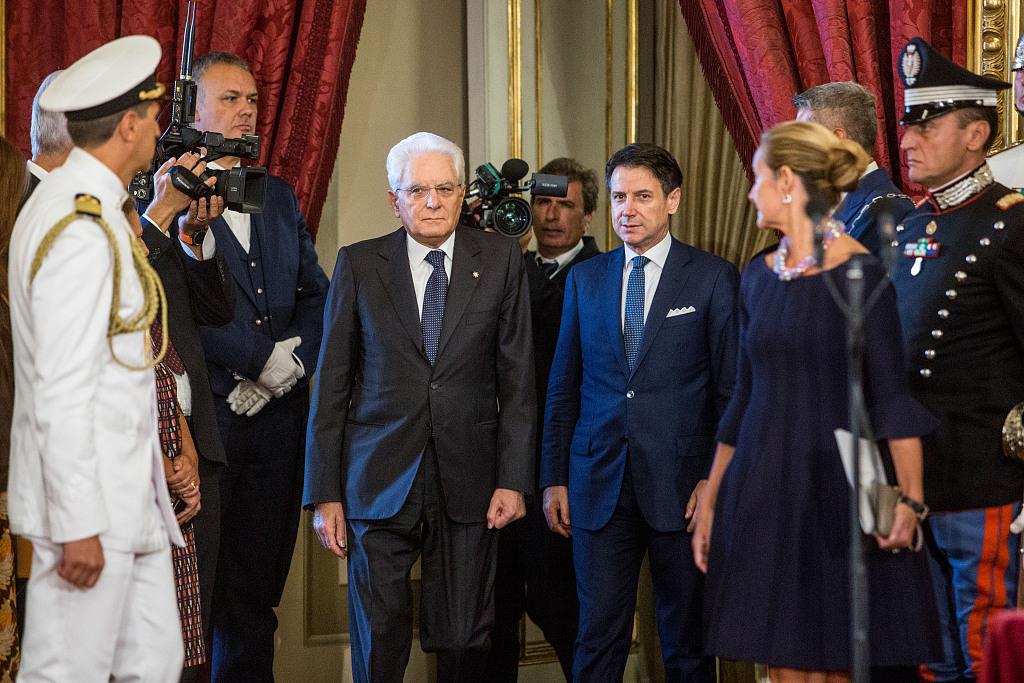