The voyage for "Xuelong 2," or "Snow Dragon 2," will start during the seventh China Marine Economy Expo, which will run from October 14 to 17 in Shenzhen, according to Li Yuchun, deputy director of the city's planning and natural resources bureau.

The expo will bring together more than 400 enterprises at home and abroad, including around 100 industry leaders or Fortune 500 companies, said Li.

On its maiden voyage, Xuelong 2 will sail for Antarctica together with "Xuelong," the only other Chinese icebreaker in service, in the country's 36th expedition to the region, according to a previously announced plan.

Xuelong 2 is able to turn quickly and has bidirectional ice-breaking capabilities with both its bow and stern. It can sail on 60-day expeditions to all regions worldwide, according to Hu Keyi, a technical director of Jiangnan Shipyard Group, the builder of the vessel. 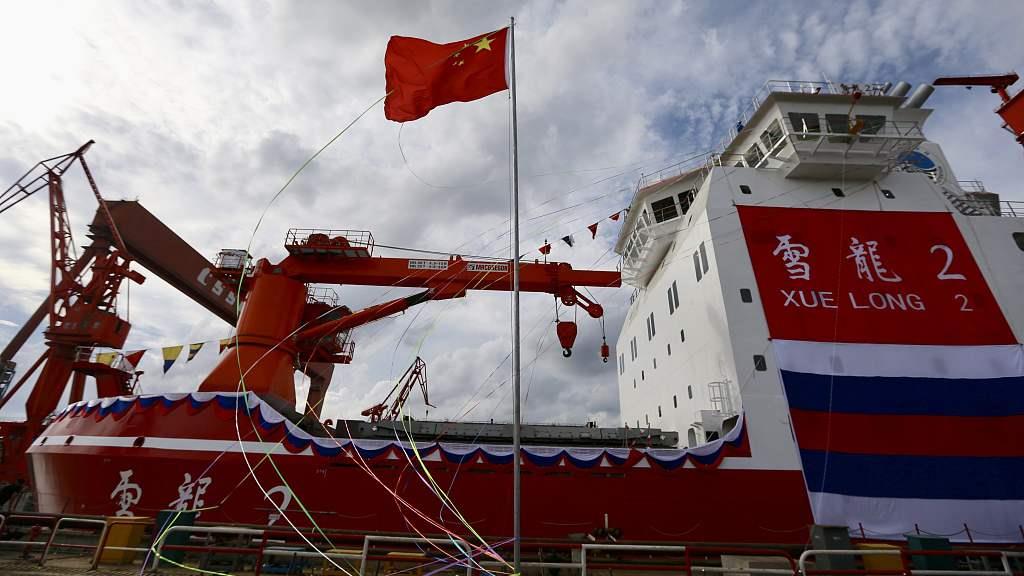