They set up barricades, occupied nearby carriageways and caused serious obstruction to the traffic.

Some protesters even started fires outside the police station, posing a serious threat to the safety of everyone on the site, the police said.

The police warned the protesters to stop their illegal acts and leave immediately.

The railway operator announced the closure of several stations on different lines and the suspension of part of the train services "because of an escalation of the situation."

The Hong Kong Special Administrative Region (HKSAR) government said in a statement at midnight that it strongly condemns the radical protesters' behavior.

"Radical protesters once again assembled in Mong Kok and Prince Edward areas... blocked roads, attacked the police station and set fires, posing a threat to the safety of police officers and members of the public," said the statement.

The statement pointed out that facilities at MTR stations were vandalized in the past days and there were attempts to interrupt the operation of the airport on Saturday.

The court has already granted separate injunction orders to restrain people from obstructing the operation of the airport and railway, the statement said, adding that vandalistic and obstructive acts would also seriously affect the provision of various public services and people's daily life. 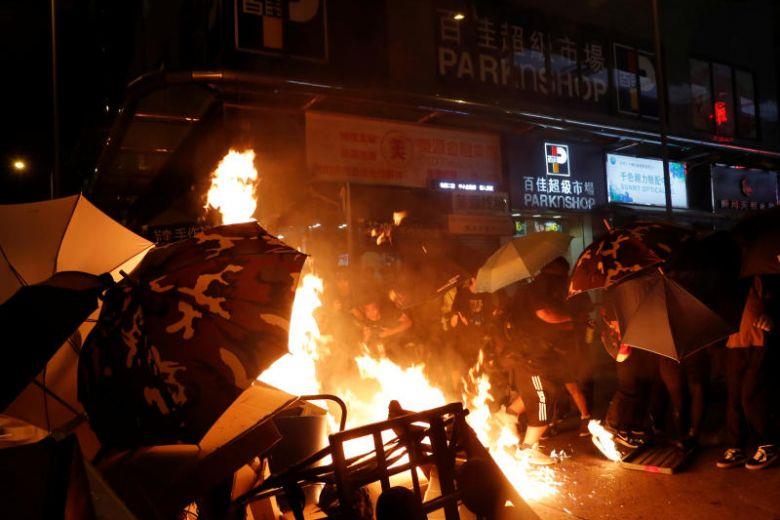