It seemed that both parties would fail to garner enough seats with their allies to gain a majority in the 120-seat parliament, or Knesset, to form a government.

The results suggested both parties would need the support of Avigdor Lieberman, leader of the Israel Our Home party, to form a ruling coalition.

Lieberman, the kingmaker in Israeli elections, called for forming a unity government that will include his own party and Israel's two largest parties, the rightwing Likud party and the centrist Blue and White party.

Addressing his supporters at his party's headquarters, Lieberman said he would agree that his own faction will stay outside the coalition if it brings the Likud party and the Blue and White party together.

Lieberman urged Gantz and Netanyahu to publicly announce they would support a unity government.

He appealed to President Reuven Rivlin to summon Gantz and Netanyahu on Friday for "an informal talk" about forming a possible unity government.

"I suggest the president would speed up the process and not to wait for the final results," he said.

The negotiations on forming a coalition government will be very complicated as the three political blocs in Israel are uncompromising on certain issues, which indicates that the political deadlock that Netanyahu faced in the wake of April elections could be repeated.

The poll results cast doubt on Netanyahu's decade-long rule, as his Likud party fails to secure a 61-seat majority in the Knesset with its far-right allies to form a government.

Israelis cast their ballots on Tuesday for the second time in five months after Netanyahu called for the snap elections in the wake of his failure to form a governing coalition following the April elections.

All the exit polls suggested that the far-right party Otzma Yehudit, or Jewish Power in Hebrew, did not pass the electoral threshold.

Exit polls indicated that the Joint List won 11-13 seats in the Knesset.

Ayman Odeh, leader of the Joint List, a faction composed of four Arab and Arab-Jewish parties, told Channel 11 that if the official results will match the polls, it shows that "the Arab voters prevented Netanyahu from establishing a government, after he incited so much against them."

In a series of remarks widely condemned as incitement, Netanyahu "warned" his supporters of high Arab turnout.

Arab citizens of Israel, who make up about 20 percent of Israel's 9 million population, often complain about discrimination and racism by the Jewish majority. 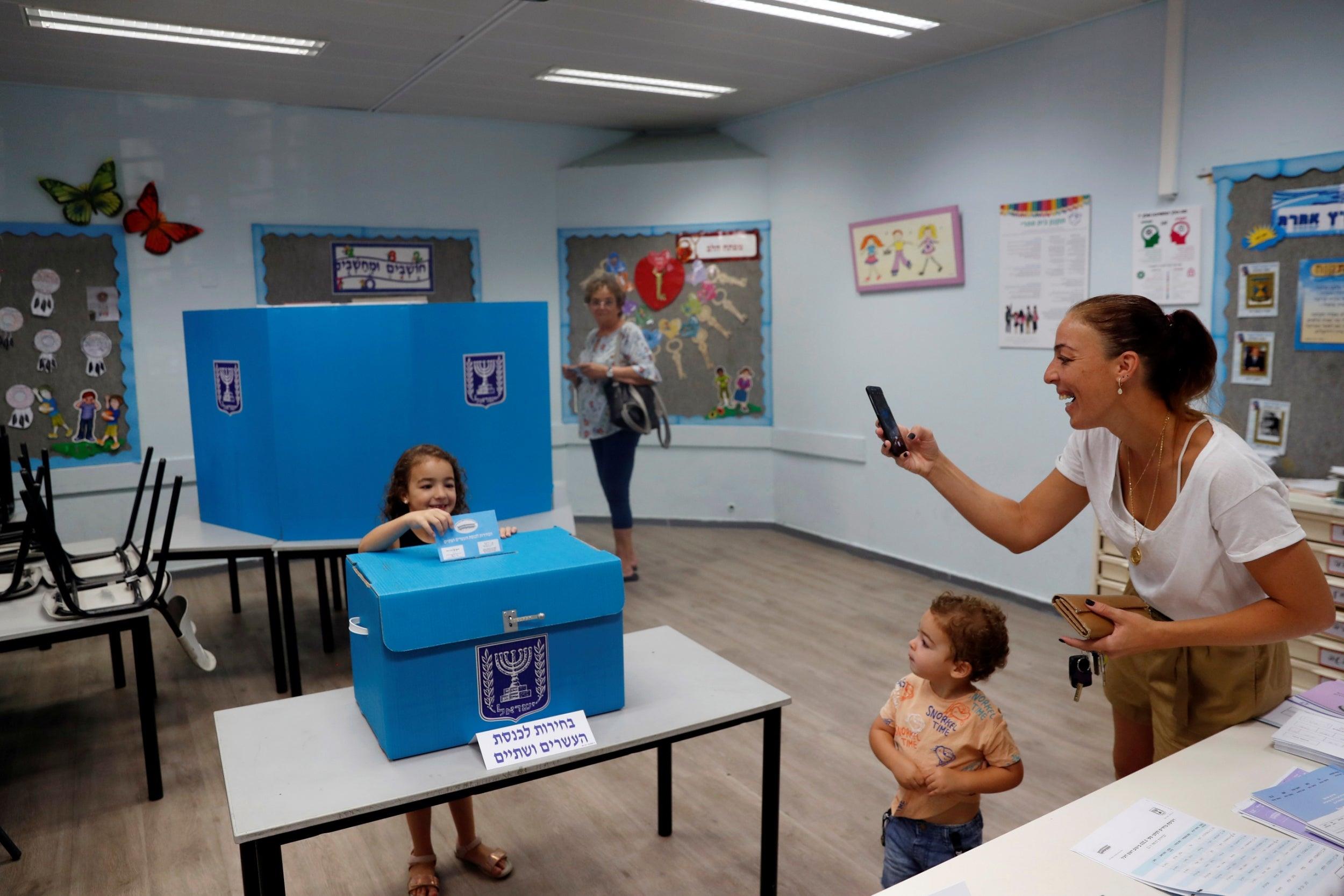