TOKYO, Sept. 18 (Xinhua) -- The Japanese government on Wednesday described South Korea removing Japan from its preferential list of trading partners as "extremely regrettable" and a move that required more explanation.

According to Japan's top government spokesperson, Tokyo believes it has not received sufficient explanation from Seoul regarding not just the details of its revocation from the list, but also the thinking behind the move.

"It's extremely regrettable that the review was made. We will continue to urge South Korean authorities to fulfill their accountability to the international community," Chief Cabinet Secretary Yoshihide Suga said of the matter at a press briefing Wednesday.

The move by South Korea on Wednesday follows similar actions from Japan on Aug. 28, when it removed South Korea from its "white list" of preferential trading partners.

South Korea, the first country to be removed from Japan's list, is no longer entitled to privileged trade procedures that previously allowed Seoul to import goods, including but not limited to electronic components, that could be diverted for military use.

South Korea had been on the list of nations entitled to simplified export control procedures since 2004, which cover a wide range of items, except for food, timber and other goods.

In order to then export the products to countries not on the white list, the whitelisted countries only need to obtain approval from Japan's trade ministry.

The South Korean government had urged Japan not to proceed with its removal from the white list, which it estimated could have a negative bearing on more than 1,000 items in key industries spanning the auto and petrochemical sectors.

Bilateral ties between Japan and South Korea have sunk to their lowest level in recent years owing to a wartime labor dispute spilling over into a tit-for-tat trade row. 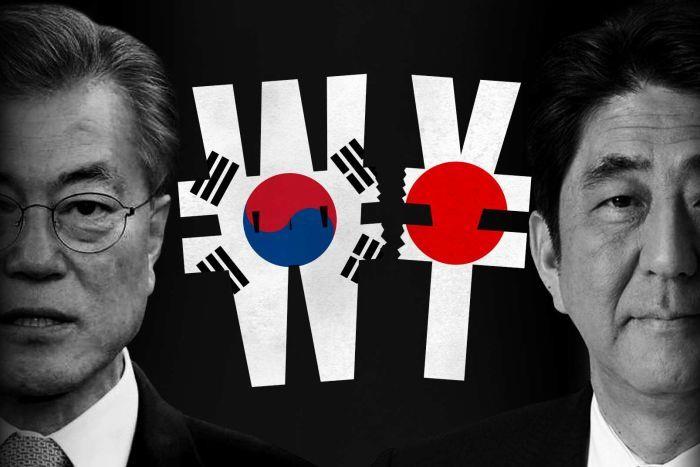