WASHINGTON, Sept. 19 (CGTN) -- At least one person was killed and five others wounded in a shooting on the streets of Washington, DC, on Thursday, about 3 kilometers from the White House, local media reported, citing the police.

It was not immediately clear if a suspect had been taken into custody in the incident, but a law enforcement source said it was not considered an "active shooter" situation.

Police and ambulances are on the scene.

Local WJLA-TV posted images on Twitter of ambulances carrying victims and said that there had been a "massive" police response at the intersection of 14th Street and Columbia Road, about 3 kilometers from the White House. 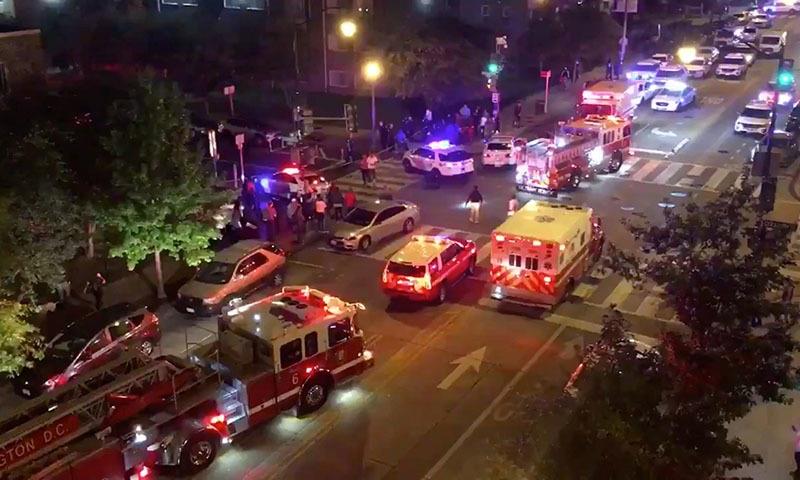