Trump touts "restraint" on Iran as sign of strength amid tension

WASHINGTON, Sept. 20 (Xinhua) -- U.S. President Donald Trump said on Friday that showing restraint on Iran is "a good thing" after a new round of sanctions on Tehran were rolled out following the attacks on Saudi Arabian oil facilities.

Trump told reporters at the White House ahead of his meeting with Australian Prime Minister Scott Morrison that ordering military strikes against Iran could be "the easiest thing I could do," while adding that "the thing that does show strength would be showing a little bit of restraint."

"I think restraint is a good thing," he added.

Tension has been rising as some senior U.S. officials, including Secretary of State Mike Pompeo, kept blaming Iran for Saturday's drone attacks on oil production facilities in eastern Saudi Arabia, a claim that has been strongly denied by Tehran.

There are speculations that the Trump administration is mulling a military strike against Iran for retaliation, while Trump himself so far has stopped short of accusing Iran of directly conducting the attacks.

While speaking to reporters at the White House, Trump also called Iran a country with "tremendous potential."

The U.S. president said on Wednesday that there were "many options" when dealing with Iran, including the ultimate option, which means military actions, and the options "that are a lot less than that."

On Friday, the U.S. Treasury launched a new round of sanctions against Tehran, targeting its central bank and the national development fund, a move that U.S. Treasury Secretary Steven Mnuchin said would exhaust Tehran's last source of funds.

Following its unilateral exit from the 2015 Iran nuclear deal last year, Washington has been piling up pressure on Tehran through a series of sanctions in an effort to force it to return to negotiations. Iran, however, has maintained a tough stance and vowed to retaliate against the United States' anti-Iran moves. 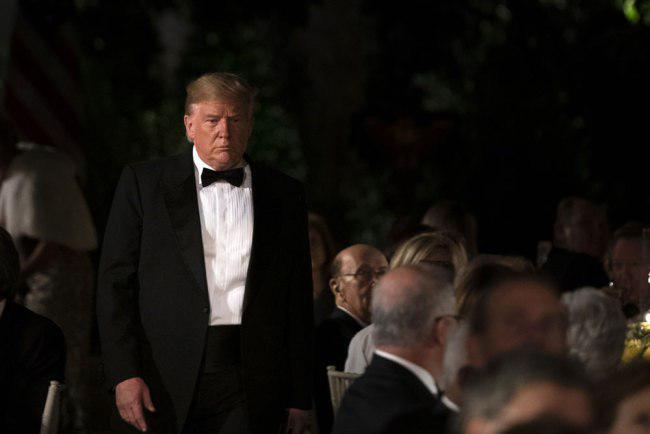