HONG KONG, Sept. 23 (Xinhua) -- Eighty people were arrested in violence over the weekend in Hong Kong, bringing the total arrests to 1,556 people as months-long violence and unrest continued to roil Hong Kong, the Hong Kong police said on Monday.

The 80 people arrested over the weekend were on charges ranging from unlawful assembly, assaulting police to desecrating the national flag, said Kong Wing-cheung, senior superintendent of the Police Public Relations Branch (PPRB).

Kong told a press conference that four police officers were injured at the weekend after being beaten by rioters or hit by bricks thrown by them.

The police also pledged to seriously deal with the desecration of the national flag, the latest of which occurred at a protester-packed mall on Sunday. To date, five people have been arrested in nine related cases since June 9, according to them.

In an appeal for the public to cut ties with violence, Tse Chun-chung, chief superintendent of PPRB, said no excuse or propaganda from the rioters could justify or glorify their violent acts. 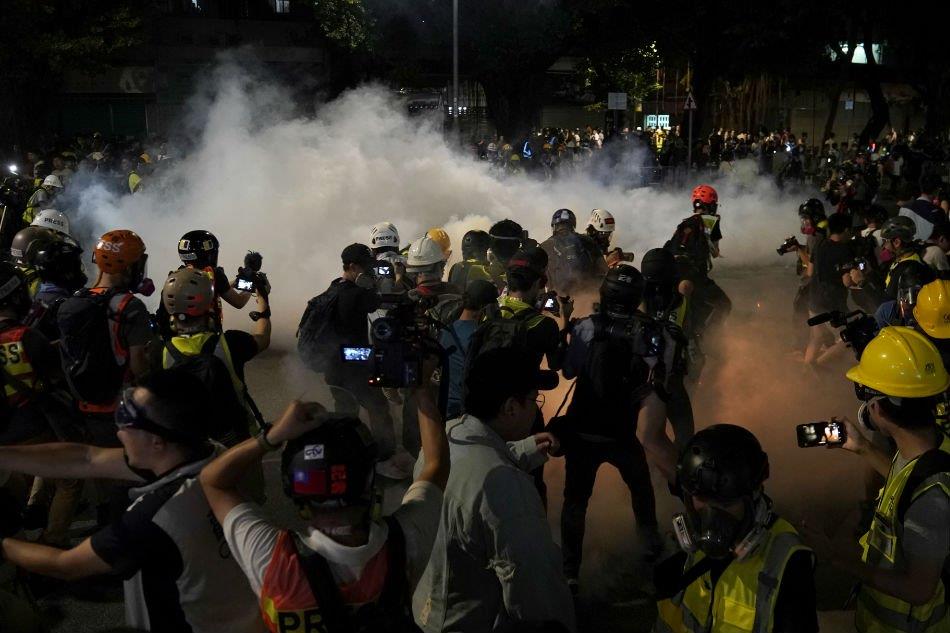