UNITED NATIONS, Sept. 23 (Xinhua) -- France, Germany and Britain on Monday jointly blamed Iran for the Sept. 14 attack on Saudi oil facilities and called on Tehran to accept negotiations on a long-term framework for its nuclear and missile programs.

"It is clear to us that Iran bears responsibility for this attack. There is no other plausible explanation," said the Monday statement.

The Houthi rebels in Yemen affiliated with Iran have claimed responsibility. But the three leaders in the statement reaffirmed their solidarity with Saudi Arabia, who together with the United States have insisted that Iran was behind the attack. Iran has denied all the allegations.

The attack may have been against Saudi Arabia but it concerns all countries and increases the risk of a major conflict, said the leaders. "Conscious of the importance of collective efforts to guarantee regional stability and security, we reiterate our conviction that the time has come for Iran to accept negotiation on a long-term framework for its nuclear program as well as on issues related to regional security, including its missiles program and other means of delivery."

Iran, however, ruled out the possibility of negotiating a new deal. Iranian Foreign Minister Mohammad Javad Zarif tweeted on Monday that the three European partners (E3) have failed to fulfill their commitments under a 2015 nuclear pact.

"E3's paralysis in fulfilling their obligations w/o (without) U.S. permission has been clear since May 2018 ... No new deal before compliance w/ (with the) current one," Zarif tweeted.

The nuclear accord, known as the Joint Comprehensive Plan of Action, was inked by Iran in July 2015 with Britain, China, France, Germany, Russia and the United States. However, the U.S. withdrawal from the deal in May 2018 and re-imposing sanctions on Iran triggered the latter to reverse its commitments.

Washington on Friday announced its latest round of a maximum pressure campaign against Tehran, including sanctions targeting Iran's central bank and its national development fund as well as the deployment of more U.S. military assets to the Gulf region. 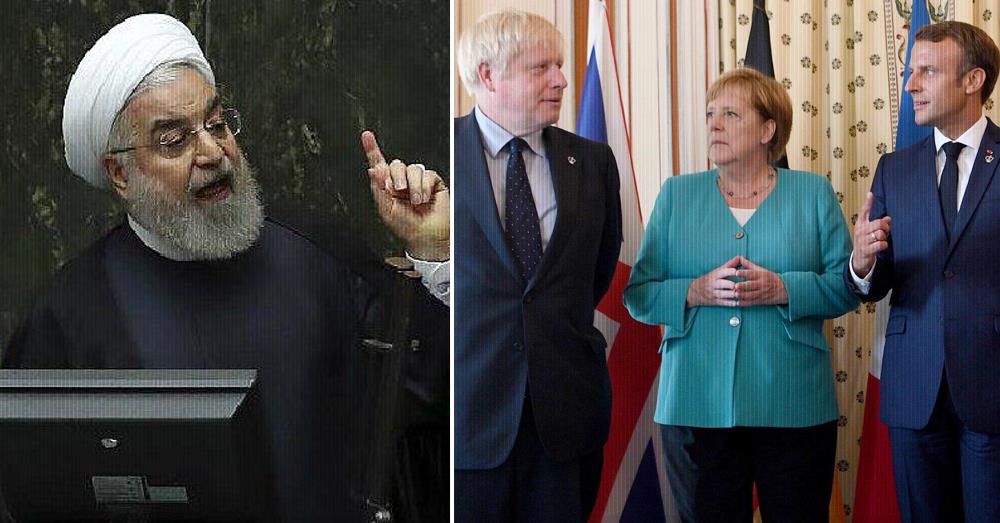