"Today ... I would like to propose to the United Nations and all the member states the idea of transforming the DMZ that cuts across the midriff of the Korean Peninsula into an international peace zone," Moon told the UN General Assembly General Debate.

"The DMZ is a colossal green zone that stretches 250 km from east to west and four km from north to south. Its borders define a tragedy spawned by 70 years of military confrontation. But paradoxically, it has become a pristine ecological treasure trove," he said.

"It has also become a symbolic space steeped in history, which embraces both the tragedy of division as embodied by the Joint Security Area, guard posts and barbed-wire fences as well as the yearning for peace."

"The DMZ is the common heritage of humankind and its value must be shared with the whole world. Once peace is established between the two Koreas, I will work together with North Korea (the Democratic People's Republic of Korea, DPRK) to inscribe the DMZ as a UNESCO World Heritage Site," said Moon.

He put forward the idea of designating the area connecting the border village of Panmunjom and Kaesong in the North as a peace and cooperation district, and making the DMZ a center for research on peace, peacekeeping, arms control and trust-building.

Approximately 380,000 anti-personnel mines are laid in the DMZ, and it is expected to take 15 years for ROK troops to remove them on their own. However, cooperation with the international community, including with the United Nations, will not only guarantee the transparency and stability of demining operations, but also instantly turn the DMZ into an area of international cooperation, said Moon.

"If North Korea (DPRK) makes sincere efforts to implement denuclearization, the international community should also reciprocate. The establishment of an international peace zone will provide an institutional and realistic guarantee to North Korea's (DPRK) security. At the same time, South Korea (ROK) will also be able to gain permanent peace."

Moon said that he and Kim Jong Un, the top leader of the DPRK, agreed on the peaceful use of the DMZ, and that on-site inspections on the current state of the DPRK's railroads were conducted after the two Koreas embarked on the reconnection of the severed railways and roads.

The groundbreaking ceremony for their reconnection and modernization has already taken place, he said.

"All of these efforts constitute a process that will help solidify the foundation for peace on the Korean Peninsula and also contribute to peace and stability in Northeast Asia," said Moon.

When the DMZ that cuts across the midriff of the Korean Peninsula is turned into a peace zone, the peninsula will evolve into a bridging nation that connects the continent and the ocean and facilitates peace and prosperity. The vision of an East Asian Railroad Community in which six Northeast Asian countries and the United States take part could also become reality, he said.

Moon concluded that his proposal is based on the three principles of zero tolerance for war, mutual security guarantee by the two Koreas, and co-prosperity. 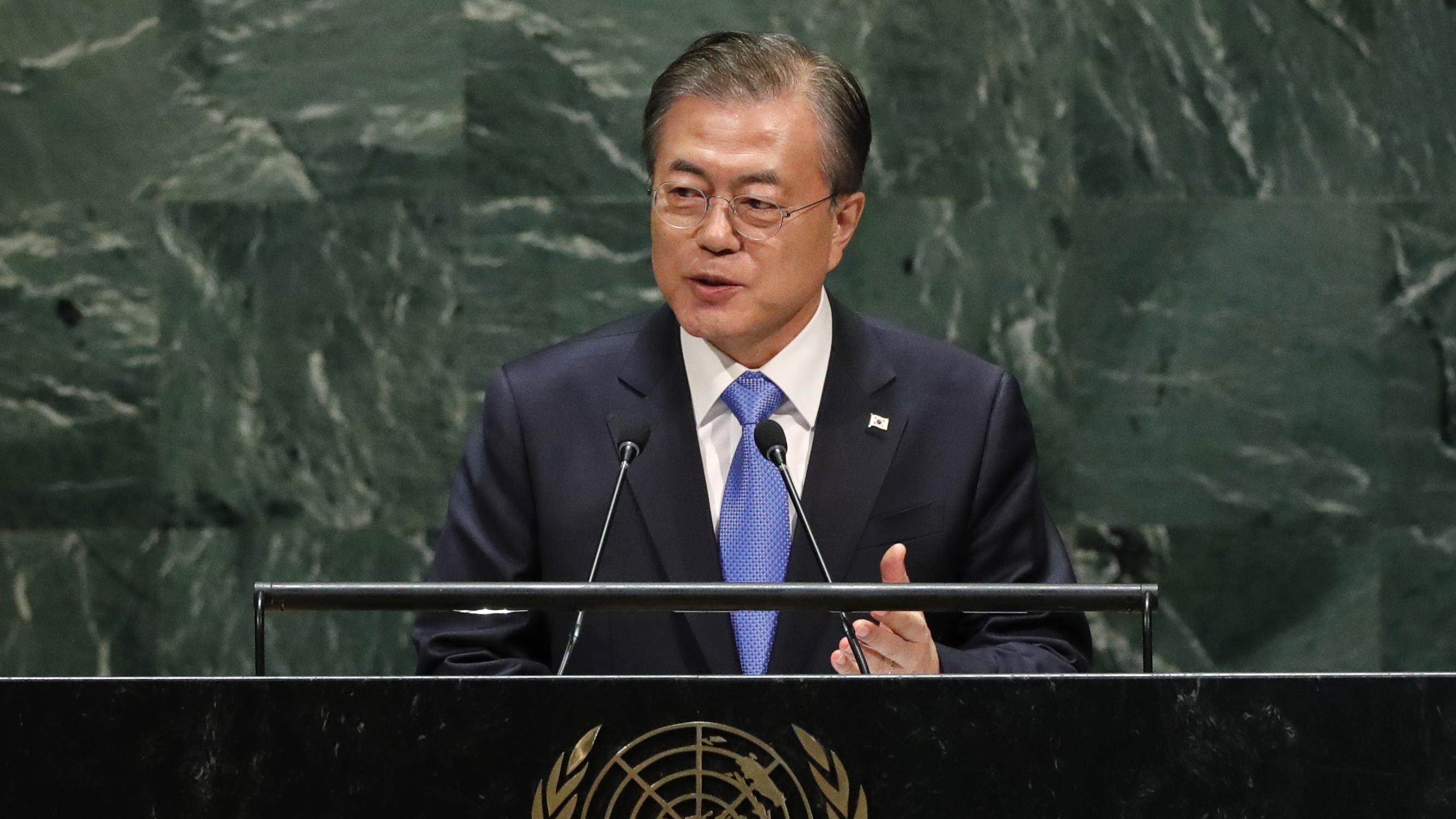