The Elections Committee said in a statement that "a careful checking" of possible misconducts in six ballots showed that Prime Minister Benjamin Netanyahu's Likud party should be given an extra seat, or 32 seats in total. The right-wing ruling party is still lagging behind the centrist Blue and White, which won 33 seats.

"Israel Our Home," the party of Avigdor Lieberman, the emerging kingmaker of the recent elections, won eight seats. Lieberman has called for a "broad, liberal unity government" with the religious parties.

In last Tuesday's voting, none of the parties gain enough votes to form a majority government in the 120-seat parliament, creating a political paralysis.

In an attempt to break the deadlock, President Reuven Rivlin called Netanyahu and Benny Gantz, leader of the Blue and White party, for a meeting and reach an agreement to form a unity government.

The two leaders are expected to meet for the second time today at the President's House in Jerusalem. Officials with both parties said no breakthrough in the negotiations has been achieved.

Netanyahu has refused to step down, calling for a broad unity government under his leadership.

Leaders of Blue and White party have repeatedly said during their election campaign that they will not join a government under Netanyahu's leadership as long as he has corruption cases against him.

Netanyahu is a suspect in at least three separate criminal cases of bribes, fraud and breach of trust. Attorney-General Avichai Mandelblit already said he intends to charge Netanyahu, pending a hearing that is expected to take place in two weeks. 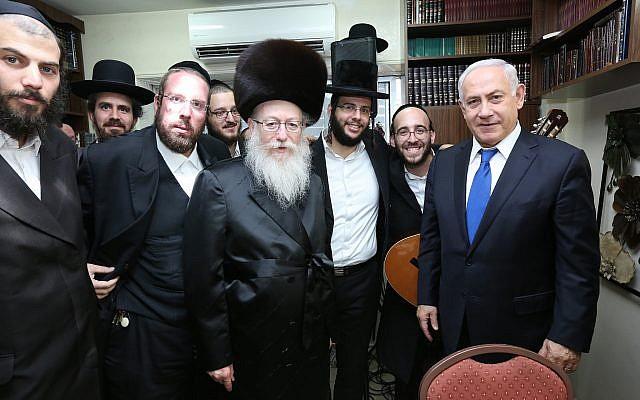