JAKARTA, Sept. 26 (CGTN) -- At least one person has died and another is missing after a 6.5-magnitude earthquake struck off Indonesia's eastern Maluku province earlier Thursday, local search and rescue agency said.

There was no potential for tsunami, according to Indonesian geophysics agency.

The quake struck about 37 kilometers northeast of Ambon in Maluku province at 8:46 a.m. local time (23:46 GMT), at a depth of 29 kilometers, according to the USGS.

A spokesman for the disaster mitigation agency said a university building was slightly damaged and a bridge cracked in Ambon, about 40 kilometers from the epicenter.

Rahmat Triyono, head of the earthquake and tsunami division at Indonesia's Meteorology, Climatology and Geophysics Agency said the area was hit by at least two dozen aftershocks including one that measured 5.6-magnitude. 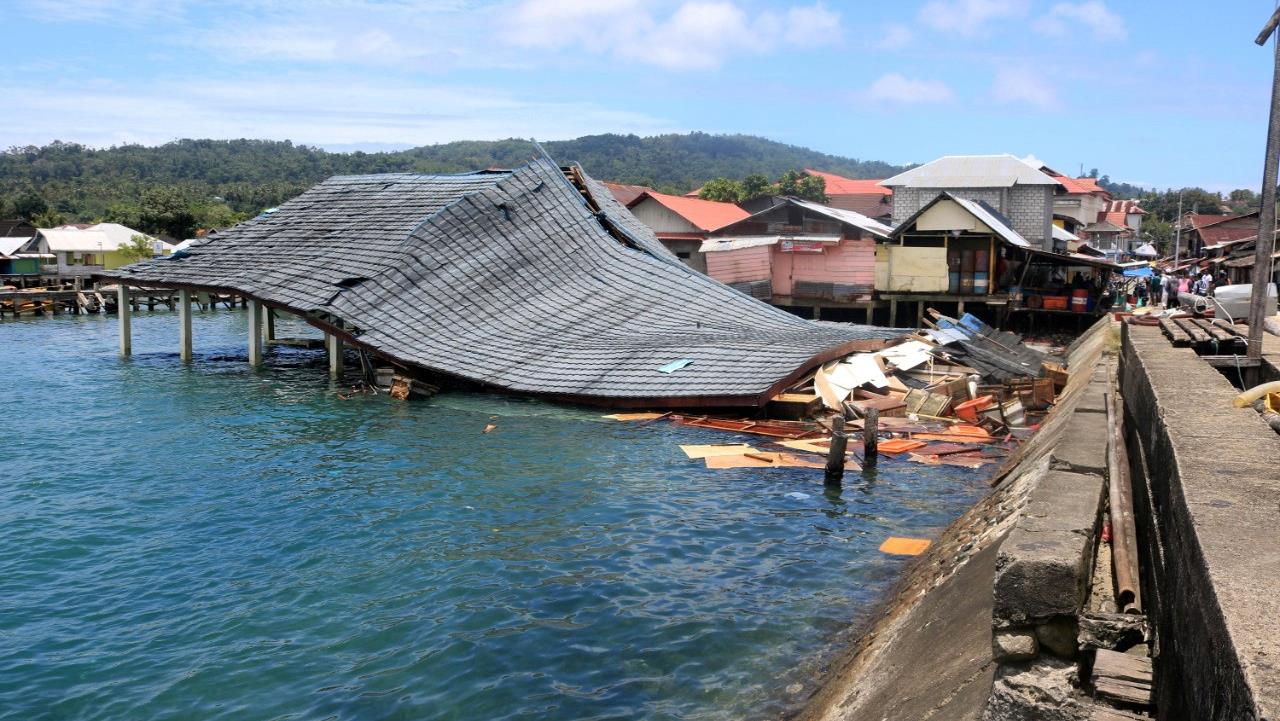