PYONGYANG, Oct. 8 (CGTN) -- The Democratic People's Republic of Korea (DPRK) warned the United States, Britain, France and Germany on Monday that raising the issue of Pyongyang's missile tests at the United Nations Security Council would "further urge our desire to defend our sovereignty".

The 15-member council is due to meet behind closed doors on Tuesday after DPRK said it had test-fired a new submarine-launched ballistic missile (SLBM) last week. The discussion was requested by Germany with the support of Britain and France.

"We know well that the United States is behind impure moves of the UK, France and Germany," DPRK's UN ambassador Kim Song told a small group of reporters at Pyongyang's UN mission.

"The United States and its followers should bear in mind that if they raise the issue of our self-defensive measures at the UN Security Council meeting in this moment, it will further urge our desire to defend our sovereignty," said Kim.

When asked how Pyongyang would defend its sovereignty and if it could involve further missile tests, he said, "Please carefully watch what we will do in the future," and that "it does not mean the launch of another missile."

The missile launch last Wednesday was the most provocative by DPRK since it resumed a dialogue with the U.S. in 2018. UN Security Council resolutions ban Pyongyang from using ballistic missile technology.

The test came ahead of fresh nuclear talks between DPRK and the U.S. in Sweden. The working-level talks were broken off on Saturday after Pyongyang blamed Washington for inflexibility.

Kim said he had no information on what the U.S. had offered his country at the talks.

DPRK said in a statement on Sunday there was no way the U.S. would bring alternative plans for their stalled nuclear talks to another meeting proposed by Sweden in two weeks. It warned that it would wait only until the year end for the U.S. to change course.

The U.S. State Department said it had accepted Sweden's invitation to return for more discussions with Pyongyang in two weeks. When asked if DPRK would return to Sweden at that time, Kim deferred to the foreign ministry statement, which was unclear about whether Pyongyang would attend. 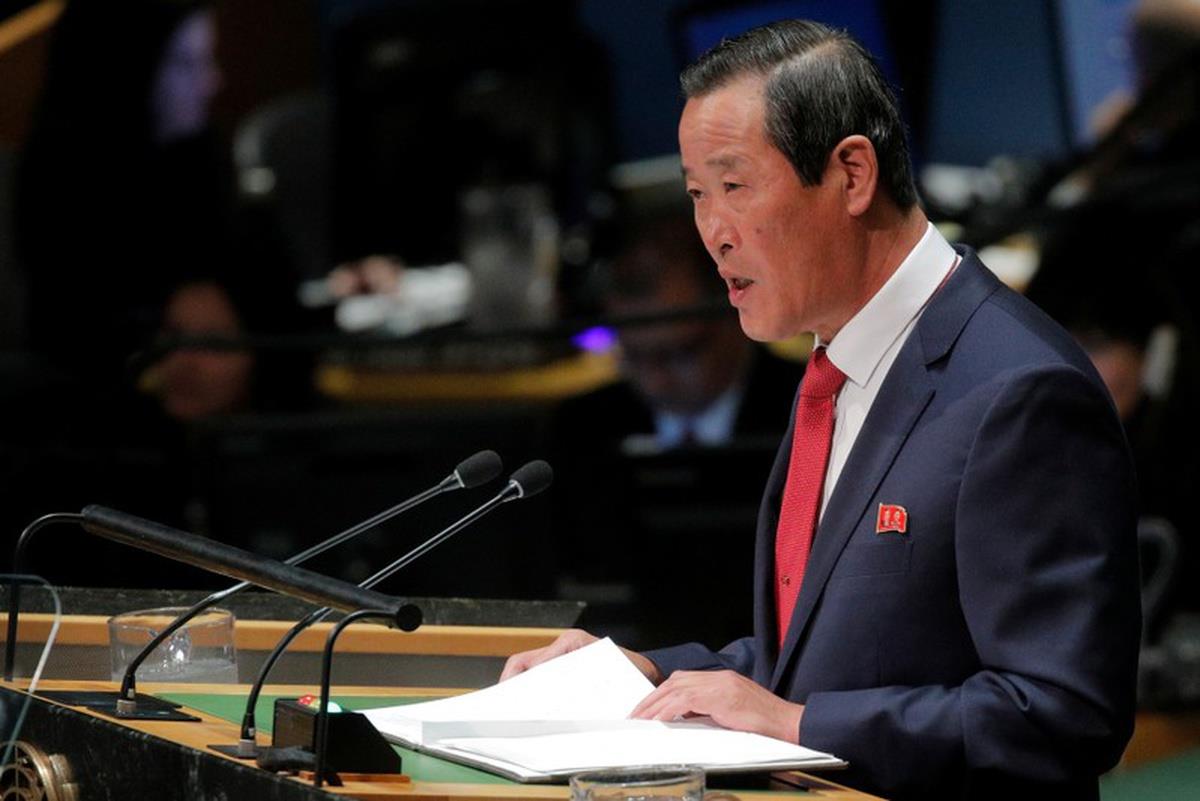