OTTAWA, Oct. 13 (Xinhua) -- Canadian Prime Minister Justin Trudeau on Saturday wore a bulletproof vest at a campaign rally in Toronto, which, according to local media CTV, was in response to an unspecified security threat.

Trudeau, also the leader of Liberal Party, was an hour and a half late for a rally of about 2,000 supporters in Mississauga, a city in the suburbs of Toronto.

Uniformed police officers wearing knapsacks and officers in plainclothes surrounded Trudeau as he greeted and addressed the crowd. His appearance featured a much heavier security detail than normal, according to CTV footage.

His wife, Sophie Gregoire Trudeau, was expected to introduce her husband but was not present on stage.

"My first concern was the safety of my family and all the Canadians in the room. This will not change at all how I campaign," he said, refusing to make further comments on the matter.

It was almost unprecedented to have a heavily-armed special security team in plain sight around Trudeau, who often appears with rolled-up sleeves and a loosened tie, and plunges into crowds to shake hands and pose for photos.

Trudeau's rival Conservative Party leader Andrew Scheer said it is "very upsetting." "Threats of violence against political leaders have absolutely no place in our democracy," he tweeted.

New Democratic Party leader Jagmeet Singh said in a tweet that any threat made against Trudeau or any leader "is troubling to all of us," adding that "no matter how you vote or believe, no one should face threats of violence." 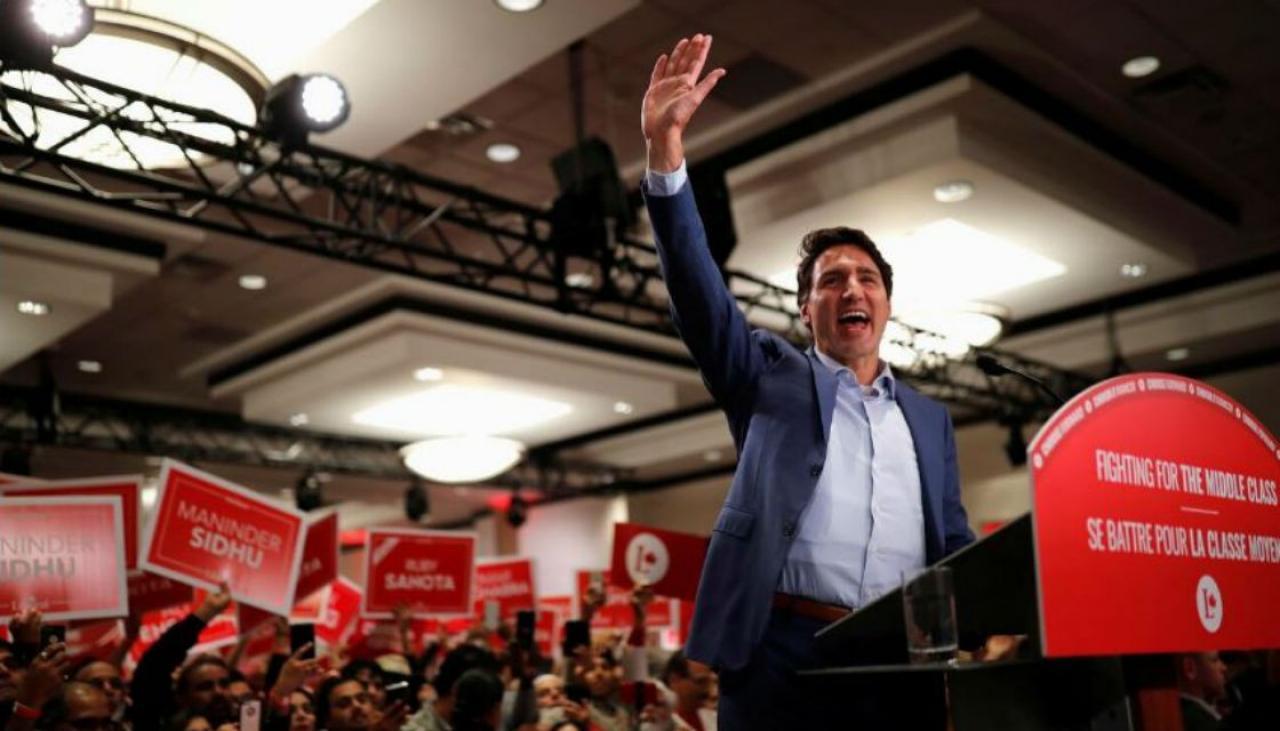