MEXICO CITY, Oct. 14 (Xinhua) -- At least 14 police officers were killed in an ambush in Aguililla, a town in west-central Michoacan state, Mexico's Ministry of Security and Citizen Protection (SSPC) said on Monday.

"The SSPC condemns the attack in which 14 police officers were killed," the ministry said via Twitter, adding it was aiding state authorities "to locate the assailants."

The victims were on police duty when the attack occurred.

According to local media, the officers were traveling along a highway in Aguililla in at least two patrol trucks when they were ambushed by assailants lying in wait by the side of the road, who then opened fire.

The two vehicles burst into flames, according to images published by local media outlets in Michoacan.

Another four officers were injured in the attack.

"No attack on the police will go unpunished," state governor Silvano Aureoles told reporters at a press conference he was holding on a different matter, according to a local daily.

"They placed an ambush for them in that part of the road. I am not going to tolerate any kind of attack," Aureoles added. 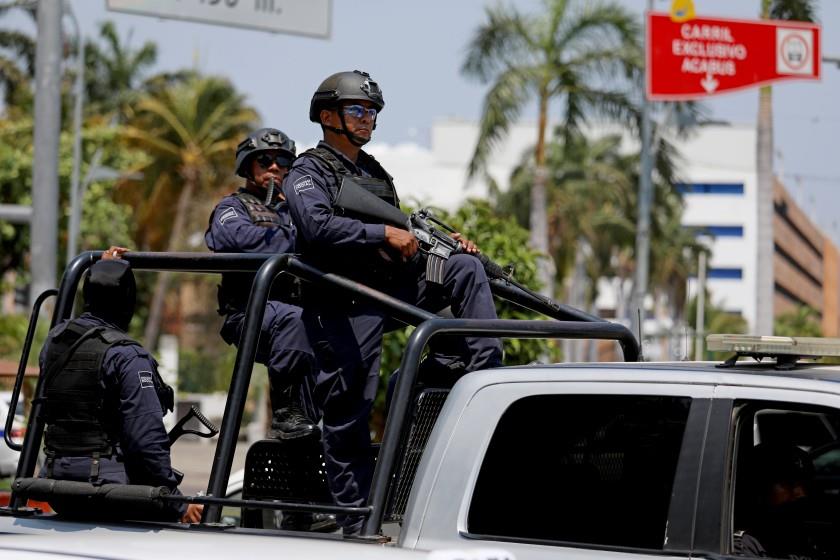