The provincial police authorities filed the criminal charges against the activities of organizing and brokering illegal immigration and residence in foreign countries, according to the agency.

As of Monday morning, there have been 21 people from Nghe An suspected of missing in Britain, head of Nghe An police Nguyen Huu Cau told local media on the sidelines of the ongoing biannual meeting of the country's top legislature.

Nghe An police have collaborated with central authorities to collect related DNA samples for examination and further investigation, Cau said.

Earlier on Nov. 1, police of Vietnam's central Ha Tinh province announced the arrest of two individuals following reports of local families seeking for their missing relatives in Britain. They also summoned several others for questioning on suspicion of helping people to travel abroad illegally, the Vietnam News Agency reported.

The investigation, which was officially launched on Oct. 31, followed reports of 10 families in Ha Tinh who lost contact with their relatives on the way to Britain after the Essex lorry incident. 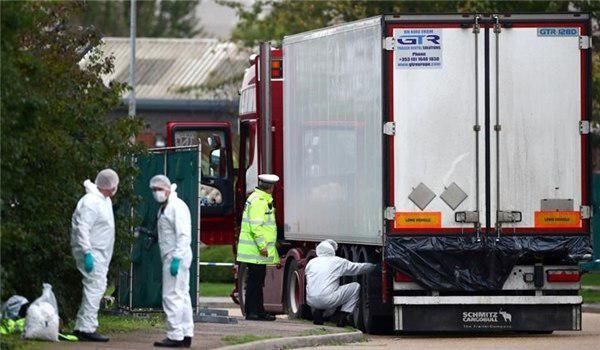