According to the carrier, operating as Cebu Pacific, the 16 bigger fuel-efficient A330neo aircraft will be delivered between 2021 and 2024. The new planes will replace Cebu Pacific’s A330 current engine option (ceo) models.

The carrier operates 74 aircraft, mostly Airbus A320s. The new aircraft will have 460 seats each, 5 percent more than the A330ceo aircraft, the airline said.

Moreover, the airline said the A330neo has an extended range capability of up to 15,000 km, simultaneously reducing fuel consumption by up to 25 percent compared to older-generation aircraft.

The 16 A330neo aircraft will be deployed on routes in the Philippines, Asia, Australia and the Middle east, the airline said.

"The A330neo is integral to our fleet modernization program. With this purchase, we aim to reduce our fuel emission and build a more sustainable operation,” Cebu Pacific President and Chief Executive Officer Lance Gokongwei said in a statement.

“This will also give us the lowest cost per seat, at the same time enabling CEB to increase seat capacity and maximize valuable airport slots in Manila and other Asian mega cities,” he added.

The purchase agreement is part of the memorandum of understanding signed in June during the 2019 Paris Air Show.

Launched in March 1996, Cebu Pacific is currently the largest carrier in the Philippines air transportation industry, while the country’s flagship carrier, the Philippine Airlines (PAL) which was founded in 1941, is the first and oldest commercial airline in the whole of Asia. 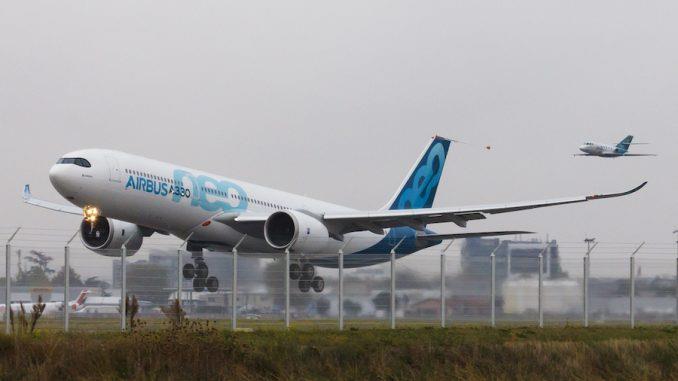