WASHINGTON, Nov. 4 (Xinhua) -- The United States began on Monday the process of withdrawing from the Paris Agreement, according to a statement by U.S. Secretary of State Mike Pompeo.

U.S. President Donald Trump announced in June 2017 that his country would leave the Paris Agreement.

According to the agreement, its signatories can only formally request to quit the pact three years after it takes force, which falls upon Nov. 4, 2019, and the withdrawal will take effect one year from delivery of the notification, meaning that the United States will formally pull out of the pact on Nov. 4, 2020.

The decision made the United States the only nation among nearly 200 signatories that abandoned this global agenda on combating climate change.

Trump announced the withdrawal soon after he took office, citing concerns about the pact's threat to the U.S. economy.

The Trump administration also rolled back environmental rules made in the Obama era to prop up the coal industry by allowing it to emit more greenhouse gases into the air.

Andrew Steer, president of the Washington D.C.-based environmental group World Resources Institute, said on Monday in a statement that by withdrawing from the Paris Agreement, the Trump administration is showing that it cares about neither science nor economics.

Today's announcement that the U.S. government is officially withdrawing from the agreement is incredibly short-sighted, according to a statement issued on Monday by Nature Conservancy, an environmental organization in the United States. 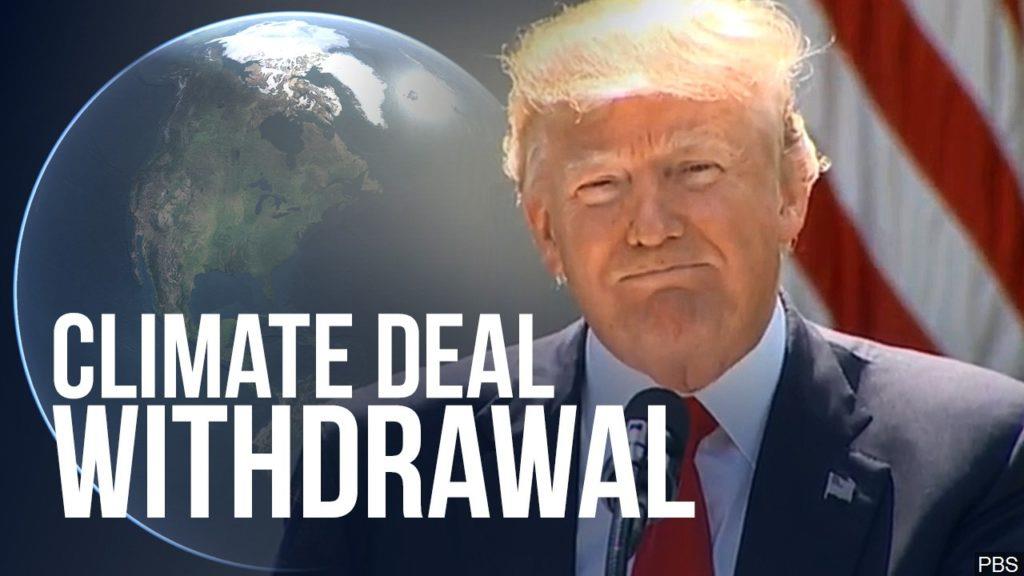