Bloomberg, the billionaire media mogul and philanthropist who served three terms as mayor of America's largest city, is skeptical that any of the current crop of Democratic candidates can defeat Republican President Donald Trump in next year's general election, a spokesman said.

"Mike is increasingly concerned that the current field of candidates is not well positioned to" beat Trump, Bloomberg spokesman Howard Wolfson said in a statement.

Bloomberg, 77, is expected to file paperwork this week to run in the Democratic presidential primary in Alabama, which has an early deadline for qualifying for the ballot. That would keep his options open for a possible White House bid, a source familiar with his thinking told Reuters.

Bloomberg, the chief executive officer and founder of Bloomberg L.P., served as New York's mayor from 2002 to 2013 and has been a leading advocate and philanthropist on the issues of climate change and gun violence.

"If Mike runs, he would offer a new choice to Democrats built on a unique record running America's biggest city, building a business from scratch and taking on some of America's toughest challenges as a high-impact philanthropist," Wolfson said.

"Mike would be able to take the fight to Trump and win," Wolfson said.

Asked about Bloomberg in a Fox News Channel interview, White House spokeswoman Stephanie Grisham said Trump "has got the results to show that he's doing great things for the American people, so it doesn't matter who ends up running against him – the president will win." 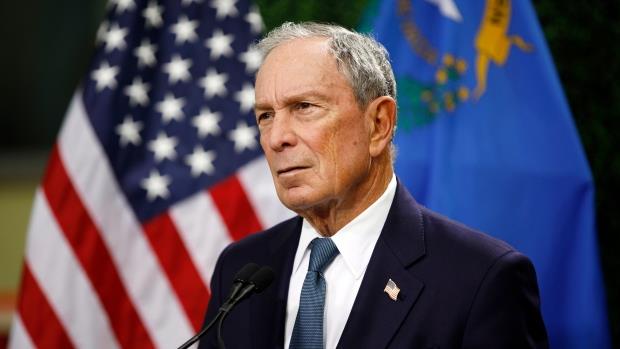